“A real friend of the show and a guy I loved and admired,” he says of the recent Rock and Roll Hall of Fame inductee

Taylor Hawkins, the beloved and jovial rocker best known as the drummer of the Foo Fighters for 25 years, has passed away. He was 50.

On Monday, Howard remembered Hawkins, who has appeared on the Stern Show several times over the years both with the full band and together with frontman Dave Grohl, as a kind soul. “A real friend of the show and a guy I loved and admired,” he said of the drummer, who was inducted into the Rock and Roll Hall of Fame last year as a member of the Foo Fighters. “I always had a great feeling about him.”

“I loved him,” co-host Robin Quivers added. “I thought he was so cool and so sweet.” 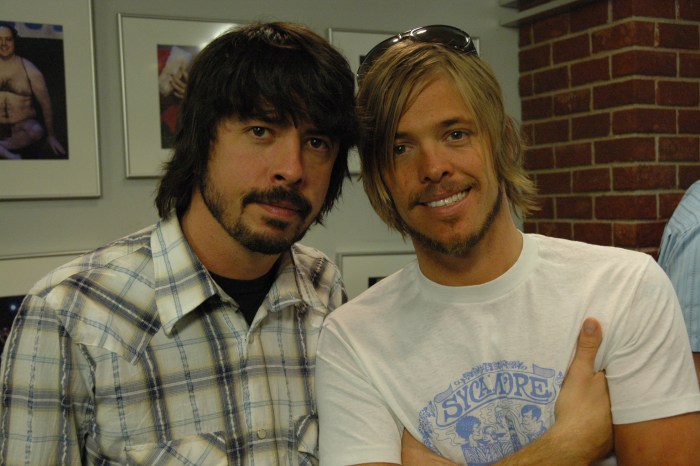 Dave Grohl and Taylor Hawkins visit the Stern Show in 2005

While Hawkins was known for his wild stage presence and, along with fronting the supergroup NHC, taking lead vocal duties on Queen songs during Foo Fighters shows, Howard remembered him for not hogging the spotlight. “He was a selfless kind of guy,” he said referring to one appearance where he sat and watched Dave perform a song by himself acoustically. “You could tell he was looking at Dave like a true fan … Not everyone could sit there next to Dave Grohl and say, ‘You know what, I’m happy for Dave, and his talents, and the way he writes a song, and I’m just happy to be a part of it.”

In addition to his musical abilities, Howard also touched on the fact that Hawkins looked the part as well as he played. “He looked like a rock star,” he noted. “He had everything. He had the talent, he was an excellent drummer, he had that long blonde hair like a surfer.”

“Even the scruff,” Robin agreed, referring to Hawkins’ facial hair. “He did that perfectly.”

Having met each other while the Foo Fighters were playing festivals in the mid-1990s alongside Alanis Morissette—who Hawkins drummed for at the time–both he and Grohl once spoke to Howard of their famously close relationship. “The day we met it was like long-lost brothers,” Taylor told Howard at the time.

“Definitely best friends and have a good connection musically,” Dave added of his partner. “When we’re onstage, I probably spend most of the time focused on Taylor.” 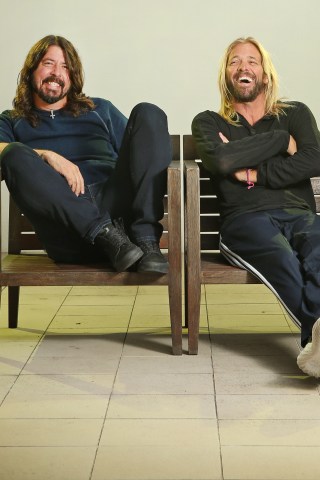 Dave Grohl Shares Stories From His Early Days
You Give us your email Address we'll give you even more howard!