“I enjoyed the trip down my torso, I gotta tell you,” says one Stern Show staffer’s dad 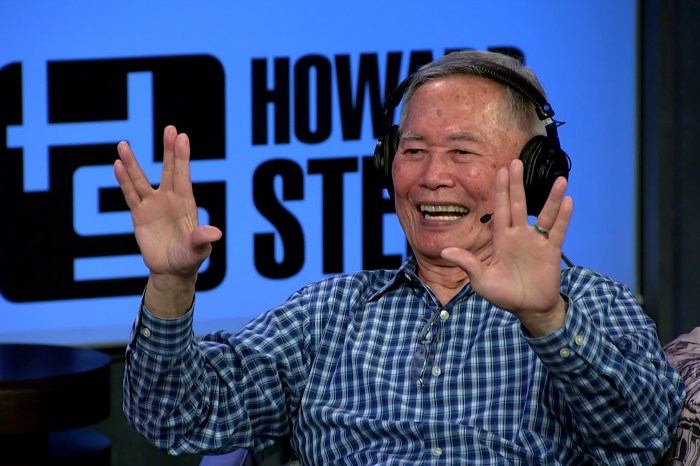 While listeners loved hearing a Father’s Day-themed segment where George Takei rated the Stern Show staffers’ dads, some of the fathers on the business end of George’s assessments had different reactions. On Tuesday, Howard invited his staff back onto the air to reveal what their parents thought of the 85-year-old actor’s unflinching critiques. Some, like Sal Governale’s dad, seemed irate while others, like Richard Christy’s dad, took the segment in stride.

“Richard Dad’s took it very gracefully … [He’s] a real man,” Howard said before playing a conversation between Richard and his father, who Takei had rated a four.

“I like old George,” Mr. Christy had told Richard. “I don’t have any naked pictures, and if I did I wouldn’t let George, or anybody see them.”

Sal’s dad, meanwhile, showed his quick temper. “You don’t even know who you’re talking to,” the elder Governale said of Takei, who’d rated him a three. “Who the hell are you?”

Will Murray’s dad, who earned an eight, was fascinated to hear the “Star Trek” legend go into explicit detail about how he wanted to boldly explore his body. “I enjoyed the trip down my torso, I gotta tell you … Thank you, George,” Mr. Murray said, adding, “I wish him well and many more trips down many more torsos.”

Mike Pearlman’s dad earned the highest score—a nine—and he told his son he was just grateful not to be ripped apart on the air. “I feel bad for the other guys,” Mike’s dad said. “At my age … any kind of compliment you get, whether it’s from George Takei or anybody, is a compliment.”

While both Jason Kaplan and Wolfie’s fathers are deceased, each staffer was able to check in with their mother to get a feel for what they thought about George’s ratings.

Jason’s mom said she was sad to hear her husband received the lowest score, a negative-one. “He had to do that?” she wondered. “George puts a lot of emphasis on shallow things, like looks, but the thing is that [Jason’s dad] may have looked like a minus-one to George, but his personality, his kindness, his lovingness toward his family was a 12,” she continued.

Jason had nothing but kind things to say about his own dad but was “astounded” to hear his mother be so complimentary.

“I’ve never, ever in my life heard her say anything that positive about my father—to me or to him—but, hey, better late than never, I guess,” he told Howard, adding, “I’m sorry for saying this, mom, but [you were] mean to him … in front of me and my brothers.”

Wolfie’s mom, meanwhile, fully concurred with Wolfie’s father being rated a two. “I totally agree with George,” she said. “He didn’t take care of himself. A lot of that was probably his beer—he liked his beer on the weekends—so of course that probably gave him his extra layers.”

Furthermore, she had questions for Wolfie about where the photo of his dad had been taken. “I want you to know this picture was not taken with me,” Wolfie recalled her saying, adding that she was basically alleging his father was having an affair.

Howard was intrigued to learn Wolfie’s mom had agreed with George’s rankings while Jason’s mom fervently disputed them. “It’s an interesting contrast,” he said.

“It’s very interesting,” Jason agreed. “Somewhere in the middle is ideally where our moms would be, where you acknowledge the truth and then you say something nice.” 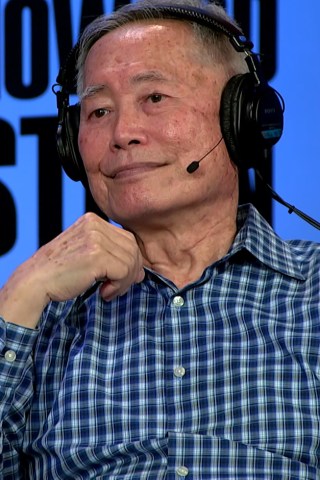