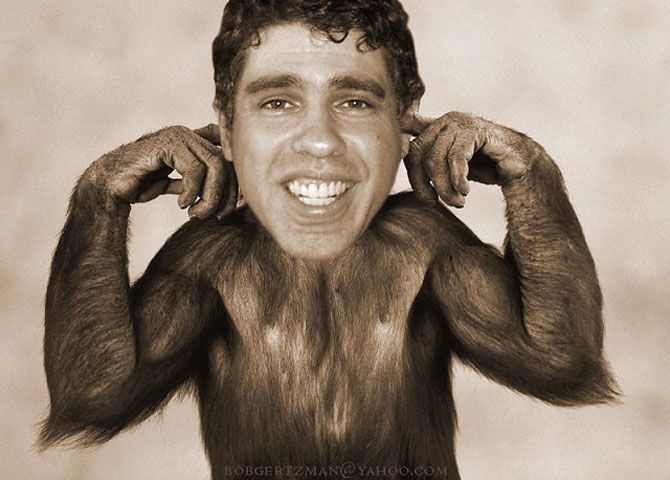 During one of the commercial breaks, Gary was complaining about some things he has to do with his kids in the near future which led Howard to call him retarded when they got back on the air. Gary’s kids are in Boy Scouts and his youngest son has to build a pine block racing car. Gary said they give you a block of wood, four wheels and some nails and tell you to get going. Gary knows he’ll end up building this thing himself because his kid is too young to use power tools, so he doesn’t see the point of the project. Howard asked him what he was doing because it sounded insane. Gary told Howard he has another Boy Scout event coming up with his other son where they spend the night on a 1940’s battleship. It’s a field trip Gary has been trying to get out of for years because he’s heard it’s horrible and he really doesn’t want to go, but his kid does so he’s has to. Howard told Gary that he’d never do anything like that and Gary should just do things with his kids that he also enjoys doing.

Robin seemed to take offense at what Howard was saying and defended Gary by saying he’s a great father and he’s doing what fathers should do. She said you have to do things sometimes with your kids that you may not like doing, but they do and that’s what’s important. Howard said he’s really never done anything with his kids unless he also enjoyed doing it too and if he ever did get bored he had his wife take over. Meanwhile, it turns out the E! Director Scott DePace lets strangers baby-sit his 8-month-old because he gets so bored around him. Scott had told Gary that if he could, he’d give his kid to someone for a month and take a break. Howard said he’d love it if someone else could raise your kids for you until they were seven and then you’d get them back. Scott thought that was a little much, but Howard said he would have loved it if a different set of parents raised him.