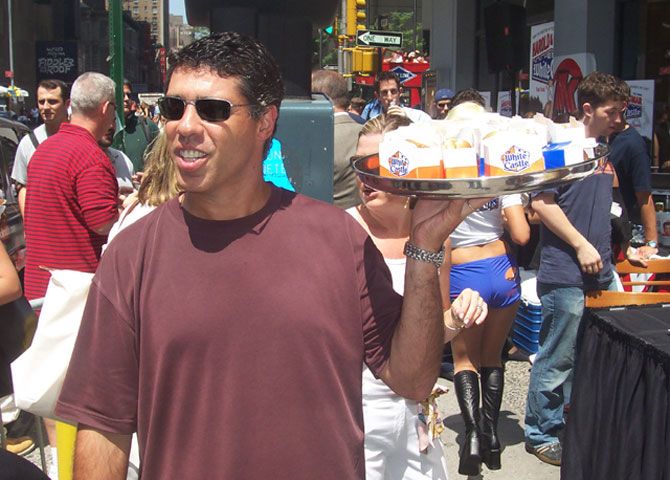 Gary said he got a weird call last night at home from former K-Rock DJ Cane. Gary was happy to hear from him at first because he hadn’t talked to Cane in a while. But Cane, who is now on ESPN’s “Cold Pizza,” had an ulterior motive. He explained to Gary how Ashton Kutcher and the producers of the show “Punk’d” were interested in pranking Howard. Gary told Cane that wouldn’t be a good idea because Howard has said a million times on the air he would flip out if he was ever on that show, going so far as saying he might actually kill Ashton if it ever happened. Besides, he’d never give them permission to air it, so it doesn’t matter. Gary suggested that Cane try Howard’s agent though and hung up.

Then Cane called back a few minutes later with the writers of “Punk’d” on the line to try and convince Gary again. Gary said Cane wanted him to help pull off the prank and in exchange the show would promise to “protect” Gary, so no one would find out it was him. Gary told them, “yeah, right,” knowing that his involvement in the prank would get back to Howard eventually. After hearing all of this, Howard agreed and said he would have had to fire Gary.

Howard was a little upset, though, that Gary didn’t find out what their prank plan was – they could have turned the tables on Ashton and pranked him before he even had the chance to prank Howard.