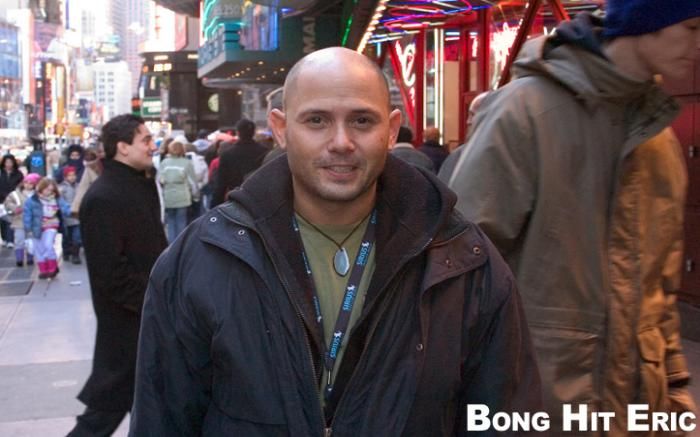 Bong Hit Eric called in with his first call of the new year today. He wasn’t high yet, but did do bong hits during the call. Howard noticed that he almost always coughs when taking a hit which he found weird because he thought bong hits were supposed to be smooth. Eric informed him that bong hits are actually the harshest kind of hits and that’s why he coughs. Eric told Howard about how he took E! cameraman Brian Phelan to a Jets game a few weeks ago. They had a really good time and did a lot of smoking at the game. Brian said that Eric was a cool guy to hang with and had awesome seats.

Howard wanted to know how he could afford sitting around smoking pot all day and not working. Eric said he used to work on Wall Street, had done ok for himself and actually now owns two houses. Robin asked if there was a Mrs. Bong Hit Eric and it turns out there almost is. Eric’s girlfriend is pressuring him to get married, but he wants Howard’s help to talk her out of it. Howard said to just tell her things are fine now, so there’s no need to change them. Robin wanted to know what’s wrong with a girl who wants to marry Eric and asked if she smokes weed too. Eric said she did, but not as much as him. Apparently, Phelan can’t even keep up with Eric’s intake. Eric then told everyone how he has a pet parrot and he gets it high and then it starts to laugh with him. Howard thinks a parrot is a weird pet to have, but Eric said they have the intelligence of a three old kid. Howard said that’s what they say about black Labs, but he used to have one and if a three-year-old kid did some of the things that dog did, they’d have to put him in a mental ward.

Getting His Bong On 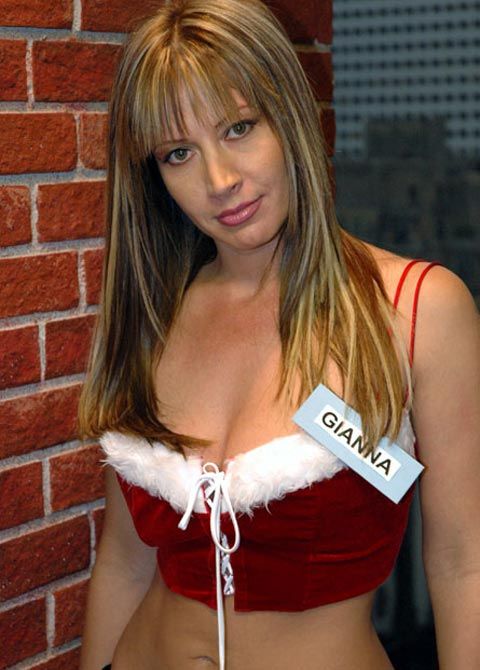 Bong Hit Eric said he loved the Intern Beauty Pageant on the E! show last night (Part II tonight!). He really loved the two girls featured, Erika the Intern and Gianna the Intern. Both girls were here this morning so they came in to say hello. It turns out that Erika is a fan of Eric’s and likes it when he calls in. She had stayed up all night watching the E! show too. She was up late because she missed the 11pm show so she stayed out drinking until it was rerun at 2am.

Gary said he actually smelled the booze on her this morning, but didn’t want to say anything. Eric wondered which intern Howard most wanted to have sex with, but Howard told him he can’t have sex with any of them. Eric wanted to get them in the Robospanker, but Howard was against that too. He said he treats his interns with respect and wouldn’t do that. Howard did say he didn’t think any of the girls were wearing panties during the Intern Beauty Pageant and he really appreciates that.