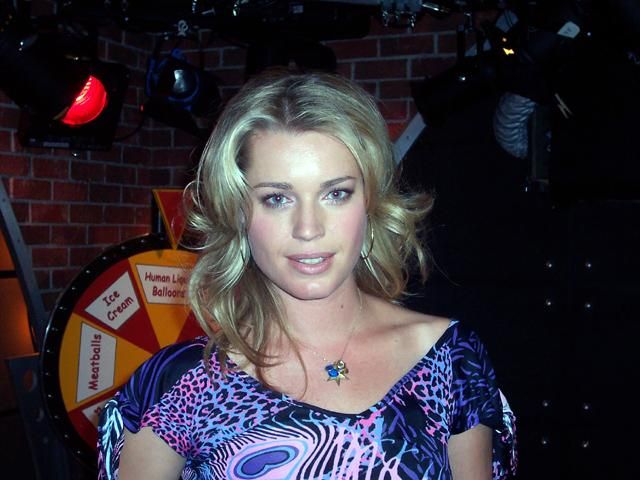 According to yesterday’s Page Six in the NY Post Rebecca Romijn Stamos has moved in with her current boyfriend Jerry O’Connell, (from “Crossing Jordan” and “Sliders”). Howard said he couldn’t believe Rebecca had broken up with John Stamos just to end up with O’Connell. As far as Howard is concerned, O’Connell is a step down from Stamos, both in the looks and the career/money department.

Howard said at best – at the very best – it’s a lateral move, but if anything, it’s a step down. Robin agreed with Howard that Jerry is a step down looks-wise, but said Jerry has always had steady TV work so she’s not sure it’s a step down in the career department. Meanwhile – according to Page Six – Jerry is busy trying to get his ex-girlfriend back, even though he’s with Rebecca. Although Page Six also once reported Howard was dating a new chick and it turned out they had just seen him with his daughter. Artie wondered if Jerry is considered “hipper” in Hollywood than John Stamos now, but Howard said that again, at best, he’s on the same level as John.