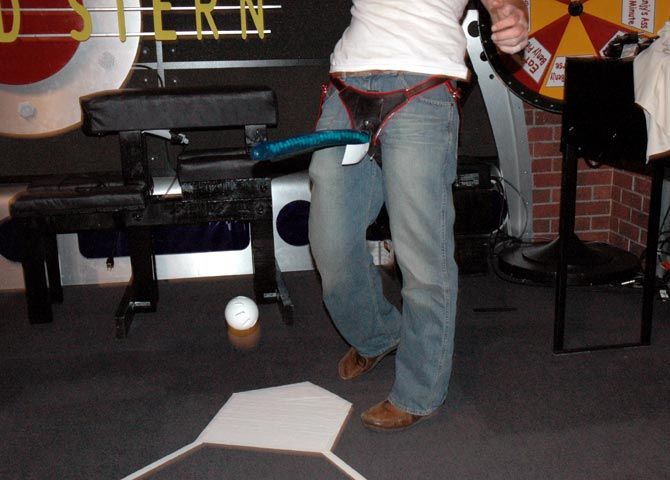 Howard said yesterday everyone was getting prepared for our big game of Strap-On Baseball for today’s show. Howard said he saw the strap-ons we were planning on using for the game at yesterday’s meeting and didn’t initially like them because he didn’t think they’d make a good bat.

They are long, but also limp and Howard didn’t think they’d be able to hit a ball. As a result, Segment Producer Will “The Thrill” Murray put one on and took a couple of pitches and whacked the ball out of the park. Howard is now convinced they’ll work for the girls today. However – to be certain – he wanted Robin to try it out, but she refused.