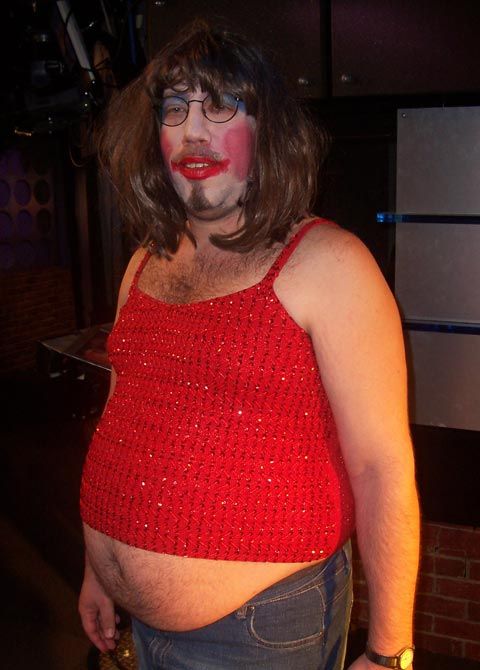 Sal the Stockbroker informed Howard that High Pitch Eric has now become a pot smoker. Sal said Eric claims he’s so famous now he has to do it, like his fans expect it of him or something. Meanwhile, Sal has been having High Pitch open some stand-up gigs for him, but he’s now bombing even more than usual. Eric used to be able to get some laughs and cheers by just saying, “Hi Daddy” and “I’m Kelly Clarkson,” along with some of his other infamous one-liners, but apparently that’s over with now. Getting back to the pot, Sal said Eric gets all freaked out when he’s high and eats a ton of food. He called Sal the other day and said he was so high, he couldn’t feel his head. Then he went out and ate a bunch BBQ ribs and cheeseburgers to feel better. Eric called in and Howard said he couldn’t believe a 33-year-old High Pitch is now smoking pot. Artie jokingly suggested that Eric try coke because it will help him lose weight, but Howard said Artie was just playing. Howard was afraid High Pitch was stupid enough to take Artie seriously.