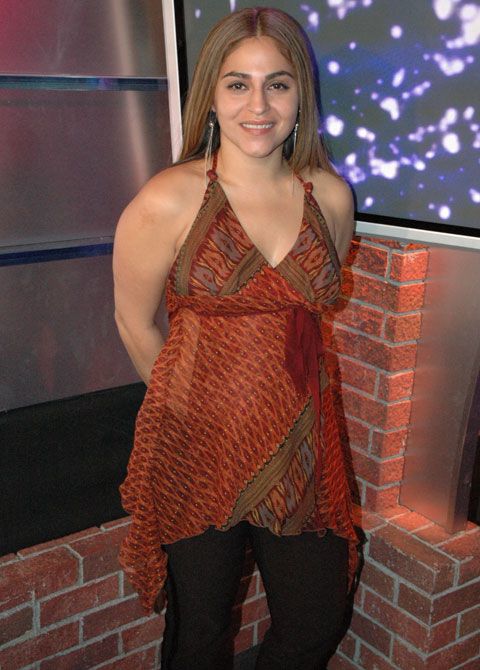 Palagia, a woman who throws erotic parties in New York came in to promote her services and her website One Leg Up NYC.com. She began explaining how the parties work, but Howard and the staff had trouble following her. Apparently she throws two different kinds of parties, “Eat Ins” and “Take Outs”. Take Outs are less formal and usually held in a club. They are open to the public and people go to hang out and hook up. “Eat Ins” are more exclusive and usually take place in someone’s apartment. Guests have to go through a major screening process with Palagia before they can attend these parties. The screening process includes writing an essay and Howard said there was no way he’d do that. It’s too much work and he’s not in school anymore. Palagia said these aren’t necessarily sex parties, but they do usually require everyone to get in their underwear at some point. Whatever happens after that is up to the guests. Howard kept trying to get Palagia to take us step-by-step through one of these parties, but she kept jumping back and forth between the Eat Ins and the Take Outs and making her description hard to follow. Howard thought she was explaining a Take Out party for awhile, only to find out half way through that she was talking about an Eat In. Then a woman named Moxy called in to tell us about another kind of party Palagia throws that she’s attended. Moxy’s explanation was even more confusing than Palagia’s. Apparently, she went to a party with her boyfriend and he encouraged her to make out with another girl, so she did. Artie joked that these parties sounded like an excuse for guys to get into gay stuff. He said “erotica” is just another word for “gay.” Palagia said guys did hook up from time to time, but it usually wasn’t in a way she’d consider gay. For example, she saw a husband share his wife with another man and then all three of them got it on together. She also saw a guy get taken by six women wearing strap ons, but Palagia didn’t think that was gay either. Needles to say, Artie disagreed.