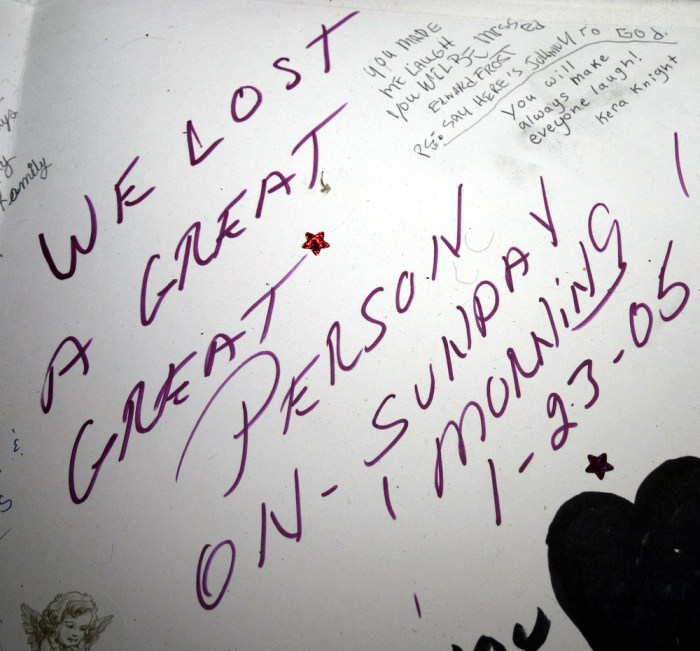 Howard spent a lot of time today talking about the death of Johnny Carson. Howard said just because he died that didn’t mean that Howard was going to all of a sudden start saying nice things about him because that would be phony. He said he respected Carson’s place in broadcasting history and said he was obviously a very successful guy in show business, but Howard was never a fan of his. He just never got into the Tonight Show. He also said he doesn’t understand why people seem to think Carson was so warm? He said Carson hit his first wife in front of a bunch of people at a party. Howard always thought you could see his meanness come through more than his warmth on the Tonight Show. Howard also hated how Carson treated comedians on the Tonight Show. He said every single guest got to sit on the couch with Johnny, even the animal trainers that came on, but suddenly it turned into the “Gong Show” whenever a comedian was a guest. Comedians would do their stand-up and if they really killed, then Carson would invite them to sit on the couch, virtually making their career. But often times, he didn’t invite them to sit down and the comedians would have to sweat it out, practically begging Carson with their eyes to invite them to the couch. Howard thought that was wrong. Artie said he always liked Carson, but thinks Howard now has the same pull over comedian’s careers as Carson used to. He said one plug on Howard’s show sells out a gig for a comedian and that’s amazing. Robin said she’s always been a fan of Carson’s monologues, but not his interviews.

Howard also played a bunch of clips from various people in show business who commented on Carson’s death yesterday. Larry King had a ton of people on at once, including Joan Rivers, Merv Griffin, Mike Douglas and Dick Cavett, among others. Gary said it was a mess because they’re all old and were on Larry King via satellite. As a result, they couldn’t hear each other and Larry King didn’t know how to control the situation. Dick Cavett claimed to have known Carson the longest, saying he met him back in 1952 when Carson was doing a magic show in someone’s basement. Howard said Dick can suck the life out of anything. Fred said the key to doing a good Cavett impression is to cram every last boring, pointless fact into the story you tell. Merv Griffin on the other hand, seemed to think the tribute should be about him and not Carson. He turned every question about Carson into something about him, and even went so far as to interrupt Joan Rivers’ tribute to Carson, to talk about himself some more. Joan was explaining how being on Carson’s show made her whole career, but Merv kept interrupting her to say that she had been on his show first. Joan said she knew that and Merv told her not to forget it. Then Dick Cavett said something similar and Merv reminded him that he too had been on Merv’s show first. Dick said yeah, but that was just a warm up for Carson’s show. Merv grumbled something under his breath about that. Howard said every time Merv said something, you didn’t learn anything about Carson, but learned 10 things about Merv. Howard said he was also surprised to hear Joan Rivers say so many nice things about Carson. Almost everyone who spoke said they had been friendly with Carson, but because they didn’t have much of a relationship with him off the air, they didn’t really know him. Howard said it sounded like Carson didn’t have any personal relationships with anyone. Phyllis Diller — who did Carson’s show about 100 times — said she saw Carson in a restaurant recently, but didn’t go over to say hello because she didn’t want to bother him. Howard said that proves how much warmth Carson had.

Howard saved his biggest criticism for Jay Leno, whom he called a giant phony for releasing a sentimental statement about Johnny Carson. In it, Leno talks about how important Carson was. Howard said Carson didn’t really like Leno and he isn’t sure if Leno even liked Carson. Leno didn’t even thank Johnny during his first night as the new host of the Tonight Show although Leno later blamed this on his producer, Helen Kushnick.