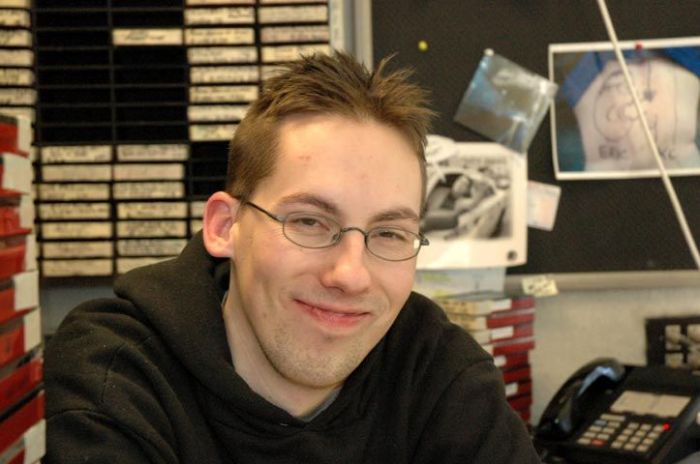 Howard read some tidbits from last week’s “Page Sixty Nine” and told Robin about how it was reported that Doug Goodstein bought the show’s TIVO guy, JD Harmeyer, a “rape whistle” for Christmas. Robin said that the story she really wanted to know about was what happened to JD’s hair? Apparently he had his roommate cut it for him and now it looks horrible. Howard said that JD was just beginning to put a look together too and now it’s ruined. He told JD that his hair is one of his best assets and he shouldn’t mess with it like that. Artie said he looked like the victim of a Marine prank. Howard told him that he already has a hard enough time getting girls and messing with his hair isn’t going to help that situation. As many of you already know, JD is still a virgin at the age of 25. He’s been working at the show for a few years now and still hasn’t been able to parlay that into a girlfriend. JD said he did get close with one girl recently but after three dates she broke up with him saying that they “weren’t compatible.” JD said that was because he usually likes to stay home but she likes to go out all the time. Artie and Howard pleaded with JD to just go along with whatever a girl says regardless of the truth, but JD said he didn’t want to do that. He also doesn’t want to sleep with just anyone; he wants to get to know a girl a little. Howard said the problem with that was that the girls also get to know him and they split before he has a chance. Artie said what’s even worse is that JD lives with two guys who both get girls all the time. One of them has a steady girlfriend and the other one brings home chicks constantly. Howard said that JD really is “Napoleon Dynamite” and JD agreed with that. Artie suggested he try to go to some AA meetings to pick up chicks. Double A offered to take JD to Atlantic City this weekend and guaranteed to get him laid without paying for it. JD said he’d consider it. Artie joked that JD is the reason whores were invented in the first place.