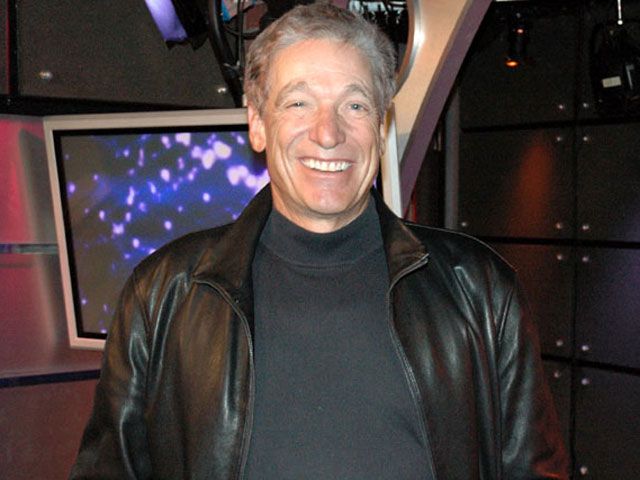 TV talk show host Maury Povich came in today to promote his show. Maury said he loves his visits here, but can only handle them once every few years because Howard always grills him about his sex life with his wife, television reporter Connie Chung. Not to disappoint Maury, Howard immediately got right into that line of questioning. Maury and Connie have been married for 20 years and Maury said they still have sex two or three times a week.

Even though he’s 66 years old, he doesn’t need any pills to get in the mood and still pleasures himself on a regular basis too. Robin said he must really be in love to have sex with Connie that much after all these years. Howard wanted to know if Maury had to use lubrication with her, but Maury said he wasn’t going to go there. Howard was checking out a picture of Connie from last year and said she’s still hot. He thought that maybe she had breast implants, but Maury said she’s had no work done at all and neither has he.

Howard asked if it’s true that Connie blames Maury for dragging her career down, but Maury laughed and said not at all. Howard asked if it was true that Maury had signed a 5 year, $40 million dollar deal for his TV show and Maury said that figure sounded “a little light” to him. Howard pointed out the number of other talk shows Maury has outlasted and Maury agreed it had been quite a few. Maury then congratulated Robin on her new talk show deal and Robin promised not to do a “Maury Povich”-type show.