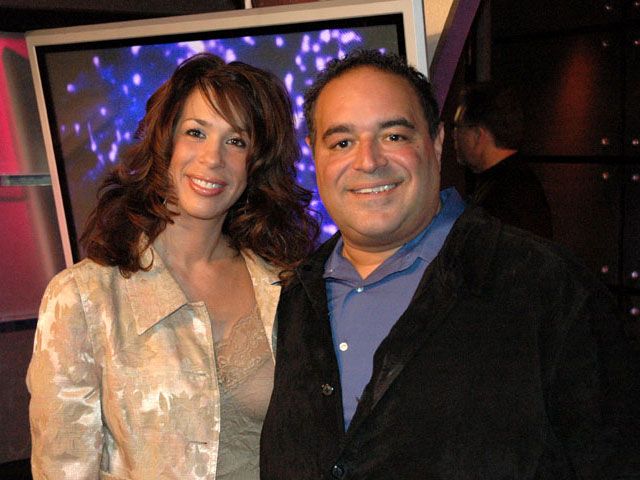 Joey G from “The Sop- ranos” came in today with his fiance Diana. He proposed to her after dating her for only seven weeks. Diana wouldn’t have sex with him until he proposed and Joey joked that was one of the reasons why he popped the question so quickly. The two met at a restaurant and Artie joked that he thought they had met at spin class. This is Joey’s first marriage and Howard thinks he did the right thing by waiting until he was 46 to get married because he has had time to have his fun and now can settle down. Plus, it’s a whole different thing to pledge the rest of your life to one girl when you’re 46, as opposed to when you’re 25.

Howard asked what Joey planned on doing for a bachelor party, but that issue turned out to be a sore subject. Joey really wanted to go out to Vegas to have a big bachelor party, but Diana won’t let him. Diana said she’s too afraid he’s going to gamble away the money they’re saving to buy a home. Diana said Joey loves to gamble, but gets cheap when it comes to discussing wedding arrangements. Joey wanted her to see if she could borrow wedding shoes from a friend instead of buying new ones. Joey didn’t argue, saying that he can place a “reverse dime” bet without blinking, but was placing calls trying to find her used shoes. Artie said, “why not, you’re planning on getting married in your Cousin Tony’s tux.” Joey also talked about his appearance on VH1’s “Celebrity Fit Club”, in which he actually GAINED 12 pounds in one week, (for those who don’t know, it’s a weight loss show!). Joey said he ultimately lost weight on the show and is now down 140 pounds from his heaviest weight. He still plans on losing another 60 pounds too. He credited the energy drink Stacker 2 with helping with his weight loss, but Howard said that sounded like product placement to him. Artie joked that he probably really had gin in his cup. Howard then offered to possibly throw Joey a bachelor party at Scores, but Joey said he was really angling for a Vegas party.