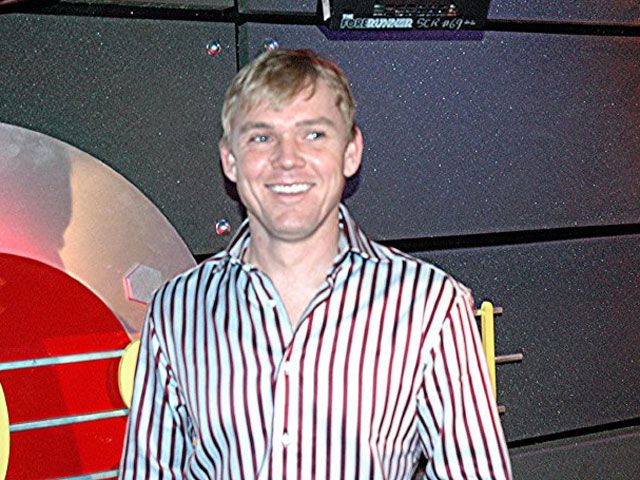 Out of nowhere former Silver Spoons star, Ricky Schroder, stopped by to say hi and to promote his new movie “Black Cloud“. Howard wanted to know right away why Rick would leave a hit show like NYPD Blue and also why he now makes everyone call him Rick instead of Ricky. Howard had heard that Rick put out a press release years ago announcing that he wanted to be called Rick. Rick denied that and said it was just a stupid thing. When he was 17 his agent wanted him to be credited as Rick Schroder in a movie he did, and then he was on the Mark and Brian radio show and he asked them to call him Rick. They made fun of the name change and that story has been around ever since. Rick said he wished he never said anything and is fine with people calling him Ricky. He said he left the show NYPD Blue for personal reasons, mainly because his wife had a late term miscarriage and it really affected him. He said it actually affected him more than it did his wife and he now realizes he may have overreacted. Howard just said it’s not everyday you get to have a lead part on a hit TV show and it’s not something you should walk away from. Rick said he was pretty mad at God and just overreacted and left the show. Howard had heard that Rick’s wife was upset about the sex scenes he had to do on “NYPD Blue” and that was why he left, but Rick denied that was the case.

Rick admitted that he’s a pretty religious guy these days and recently converted to Mormonism because his wife was Mormon. Rick met his wife when he was 20 and she was 18 and they’ve been together ever since. Howard had a picture of her and said she looked really hot for being a mother of four. Gary heard that she wouldn’t let Rick have sex with her until seven months into the relationship and Rick said that was true. Howard said no wonder he married her. Rick told Howard he prays almost every night. Gary said he just read a book on Mormonism and there are some pretty weird things he found about it. Like how only the founder of the religions can read the sacred tablets while wearing special goggles. But the weirdest things the guys found out about the Mormon religion is that Mormons have to wear special “Magic Underwear” all the time. Rick said that was true although they don’t call it Magic Underwear, they’re called Temple Garments. Howard told him he hopes he doesn’t stain his underwear with skid-marks or anything else. Rick says he washes his magic underwear every day and the underwear has sacred symbols and other writings on them. Howard wondered if they made a thong version of the magic underwear but Rick didn’t think so. Howard seemed to really like the idea of the magic underwear and said if he didn’t have to give up cursing and drinking he’d think of converting just for the underwear. But he could never wear the underwear to Scores.