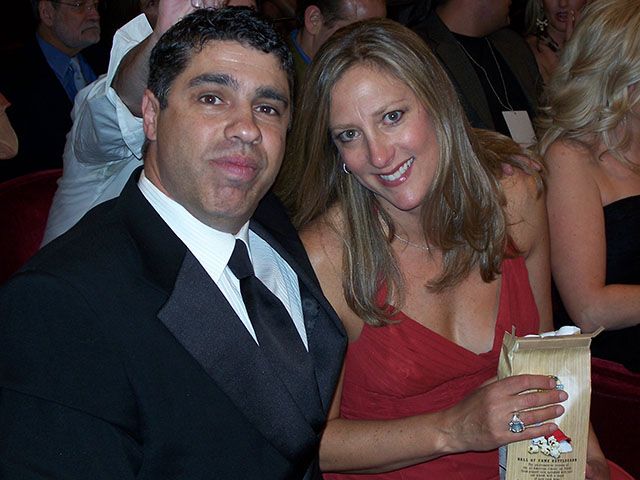 Howard took a call from a truck driver, named Andy, who started yelling at another truck driver while on the air with Howard. Andy apologized saying that he had been waiting to back into a loading dock for a while and then some moron tried to jump in front of him.

Andy said he has major issues with road rage and one time almost strangled a guy with his own seatbelt. Gary came into the studio and said he understood what Andy was saying because he gets major road rage too. Howard said that a lot of people have been complaining about Gary’s exceptionally phlegmy voice recently. Gary said he’s been sick, that’s why. Howard said people have also been asking him if Gary’s wife, Mary Dell’Abate, is hot or not. Howard said she is and Robin started to laugh thinking about how incredible Mary looked on her wedding day. She was laughing because Mary looked so good at the wedding that she made Gary look like a troll.

Mary is a few inches taller than Gary already and at their wedding she was wearing heels so she towered over him. Robin said that it literally looked like Shrek and Fiona standing at the alter. Gary admitted that the wedding photographer asked him if he wanted to stand on a box while taking pictures so he looked taller than Mary but Gary declined. He said it didn’t bother him and that it would look stupid anyway. Gary said he knows someone who did stand on a box to be taller than his wife for their wedding photos and he just looks ridiculous.