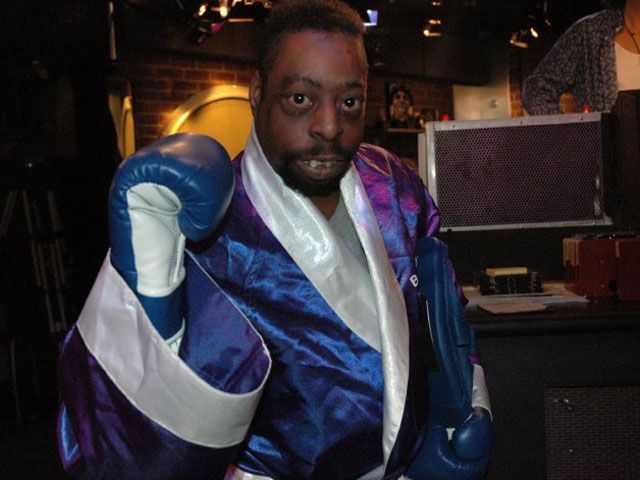 Fan favorite Beetlejuice came in today to promote an upcoming boxing match against “The Toad,” a little person just like Beet.

Gary said that Beetle was in a very bad mood this morning and actually threw Gary out of the green room earlier because he didn’t want to talk to him, but when Beetle came into the studio he seemed to be his normal self. He was wearing a boxing uniform and had gloves and a helmet with him.

Howard told Beetle he saw a tape of his last fight and Beetle beat the guy pretty bad. Beetlejuice said the fight was easy and he didn’t get hurt at all. Howard asked Beetle if he ever gets scared in the ring and Beetle said no. He then revealed why, saying all of his boxing matches are fake. Everyone got a big laugh out of that one.

The Beetle vs. The Toad 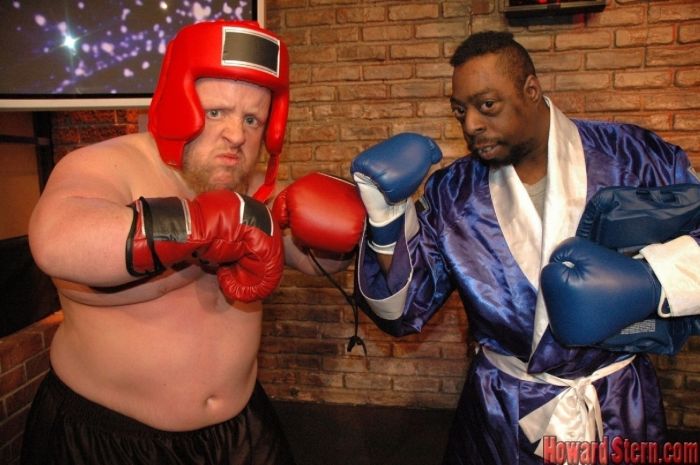 Toad was here today as well and Howard had him in to talk about the upcoming fight. Everyone was shocked by how big Toad was. He was only 4’5″, but he weighed 215 pounds. Toad told Howard he doesn’t care what Beetle says about the match being fake, he’s taking it seriously. He said this is what he does for a living and he considers it very real. He has a wife and kid at home and this is how he supports them. He then showed off some of the kickboxing moves he has and did some sparring with boxing pads. He also showed everyone what great shape he’s in by doing a hovering split in the studio. 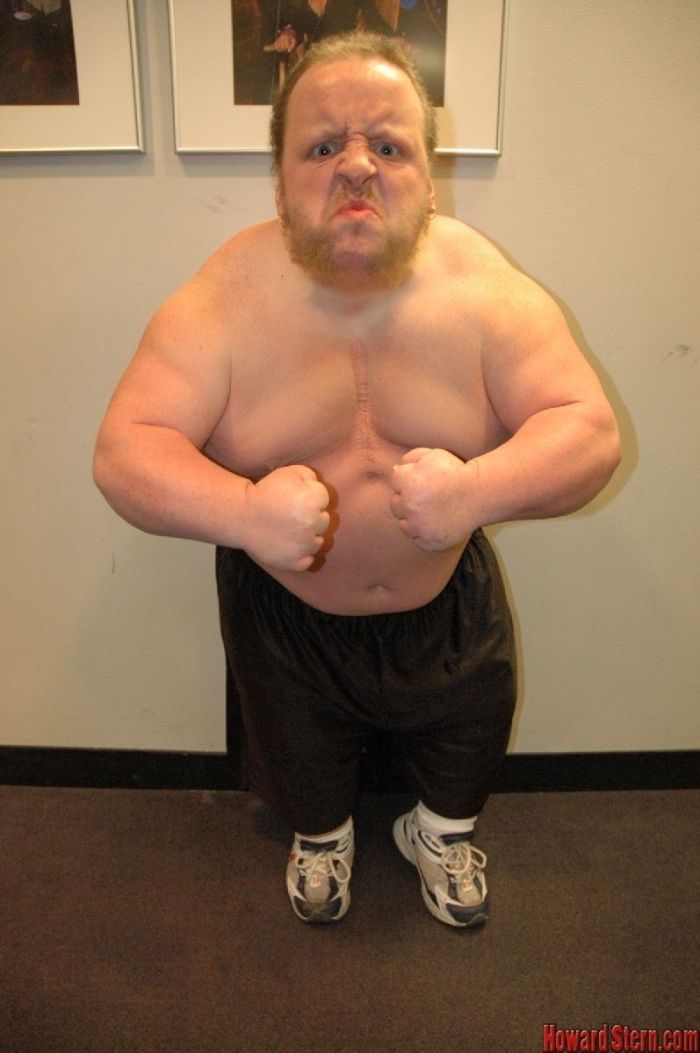 Howard said he didn’t want Beetle to fight Toad because it looked liked Toad would be able to really kick his ass. Toad then started to talk smack to Beetle, saying he was going to be known as “Bloodyjuice” when he’s done with him. Beetle seemed completely unfazed by it all though. Howard had Beetle go over and demonstrate his boxing skills with the punching pads. Beetle started throwing wildly but connected each time. Resident boxing expert Robin Quivers said that Beetle’s punches actually looked pretty good. Howard begged Toad to go easy on Beetle and not hurt him because we all love him. Toad said he promises to take care of all of Beetle’s medical bills. Artie said he’d love to see Toad and Benjy wrestle right now but Toad said that he’s seen a picture of Benjy and it kind of freaked him out. Artie got a big laugh out of that.