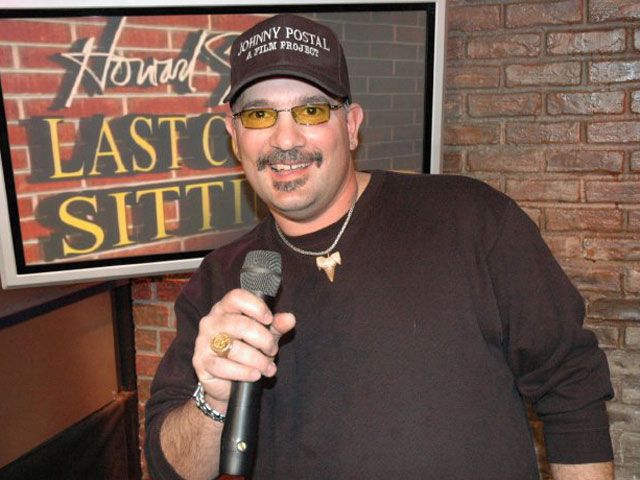 Photo: The Howard Stern Show
Long time guest Vinnie Mazzeo was up next. His act had something to do with Michael Jackson’s chimp, Bubbles, being questioned on the witness stand and Vinnie did a lot of hooting and hollering like a chimp. Everyone in the studio was laughing pretty hard at it but unfortunately the act was very visual so no one listening really got what was going on. Howard tried to explain that Vinnie was doing something to a champagne bottle but that didn’t help much. Artie said Vinnie’s poor planning should cost him some points.
Previous Show Next Show