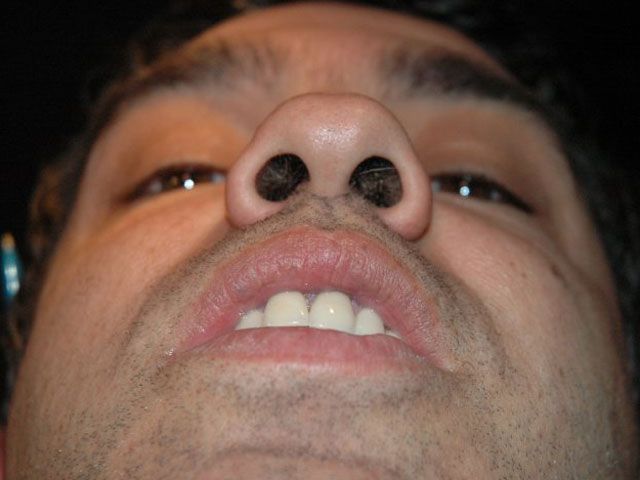 After coming back from a break, Howard said that Gary “Baba Booey” Dell’Abate had a big booger in his nose. Howard called Gary back into the studio so he could tell him about it. Gary had no idea it was there and said he was going to take care of it, but Howard wanted him to show Robin first.

Robin couldn’t really see anything through the glass so Gary consulted a mirror and said it was just a nose hair – a big, long, gray nose hair. He started to pluck it out but Howard told him to go someplace else to do it. Gary had already plucked it though, and when Robin looked at it she said it was so long, gross and gray, it looked like a spider.