Comedian visits the studio and tells a couple jokes 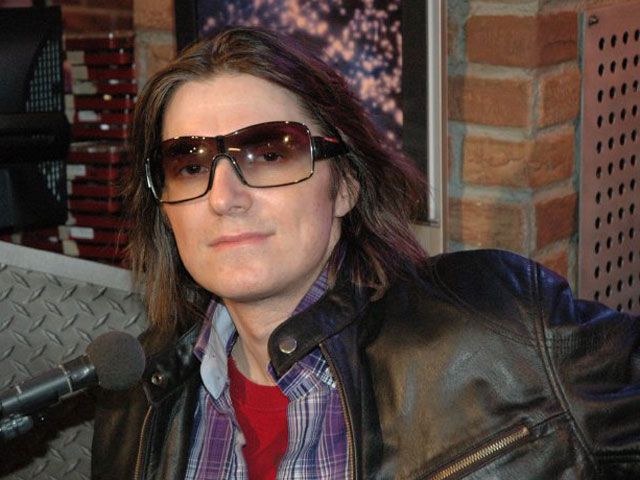 Comedian Mitch Hedberg sat in on the news today. Howard read in his notes that Mitch was named as the “next Seinfeld” in Time Magazine. Mitch confirmed this and added that was in 1998.

Howard joked that that writer has probably been fired. Mitch said that although he’s not having Seinfeld’s career, he’s still making a lot more money than he ever thought he would traveling around doing stand up. Artie said that Mitch is actually a huge draw on the road. Mitch said he doesn’t even know what he spends all his money on, except for sunglasses, which are his thing. He really likes collecting them. Mitch travels around the country touring in his RV with his wife and says he really likes doing it.

He then told some satellite radio jokes he’s been working on. He said that he really liked listening to commercial free music on satellite radio, but after a half hour he freaks out because he realizes he doesn’t know what to go out and buy. Then he said the reason you’re allowed to curse on satellite radio is because no one is listening.