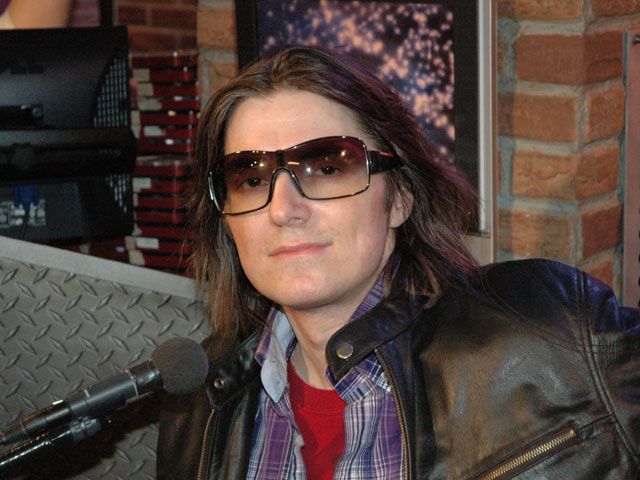 The show got off to a sad start today when Howard announced that comedian Mitch Hedberg, who was just on the show two weeks ago, had passed away.

Gary “Baba Booey” Dell’Abate informed Howard of the news this morning, saying he heard it from Rick Messina, who represents comedians Tim Allen and Drew Carey among others. Artie said that Mitch was one of those comedians that other comedians love to quote because he has so many funny lines. He also recalled a really funny story about Mitch. Artie said that he and Mitch had both gotten development deals at FOX at the same time back in 1998. (A television development deal is when a studio pays someone to stay exclusively with them for a period of time while they pitch you shows.) Artie’s deal, for example, was for $750,000. That meant for a period of time FOX could pitch him sitcom ideas exclusively. Artie didn’t like any of the pitches he was getting and, since he knew Mitch also had a deal (for a similar amount of money), Artie asked FOX to just put him in whatever sitcom Mitch picked.

The only problem was, after FOX paid Mitch, no one could find him! He just disappeared. Comedian Craig Gass called in to say that he used to be roommates with Mitch and was actually living with him at the time he got the development deal. Craig said that Mitch never told him about the deal though and Craig only found out about it on the internet. Everyone agreed that Mitch was a great guy who was loved by other comedians and will be sorely missed by all.