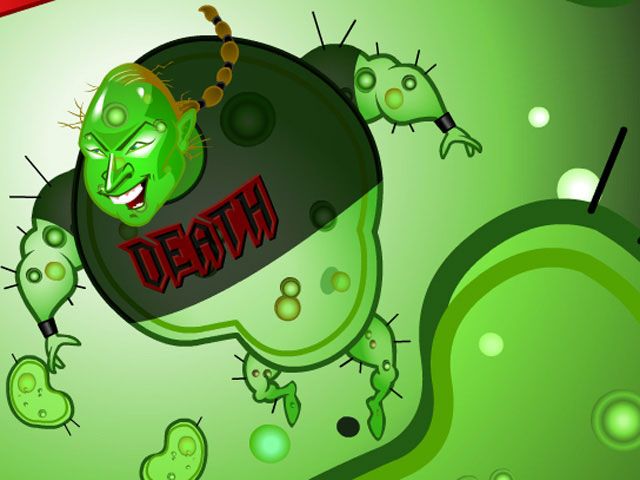 Denise Foley, editor-at-large of Prevention Magazine, called in to talk about a new form of staph bacteria that is potentially fatal. There’s a deadly “gym germ” called MRSA, which is developing in young, healthy men who are likely to have cuts and abrasions on their skin, like athletes, and is found in low hygiene environments, such as locker rooms. MRSA stands for methicillin-resistant Staphylococcus aureus. For most people who get it, it’s just a skin infection that can be treated with antibiotics, but it can get very serious, very quickly if untreated. The bacterium is more potent, resistant to penicillin, and more easily spread than other forms of staph. If it gets into your blood it can give you pneumonia, and in rare cases, it can kill you in 24 hours. There are many ways to get it, for instance: if somebody with MRSA uses weights or equipment at the gym and doesn’t wipe them off, you grab it and have a small cut on your hand, even a paper cut, you could get it.

Howard said it’s not realistic to wipe off every piece of equipment after you use it; you’re touching a lot of things at the gym during a workout. Denise said that currently there are 130,000 cases a year and it’s growing. She said the best ways to prevent MRSA are: cover up your cuts (even small ones) and skin, carry two towels at the gym; one to wipe off the equipment, one to wipe your sweat, wash your hands well and take a hot shower soon after working out. Also, clean your clothes after each time working out in them and clean out your gym bag. Howard though it would be better for him to get the disease than look like a retard cleaning everything. Howard thought Denise sounded pretty sexy on the phone because she was intelligent and knew what she was talking about. Artie pointed out that they explored the whole intelligence spectrum today from Miss Howard Stern to Denise.