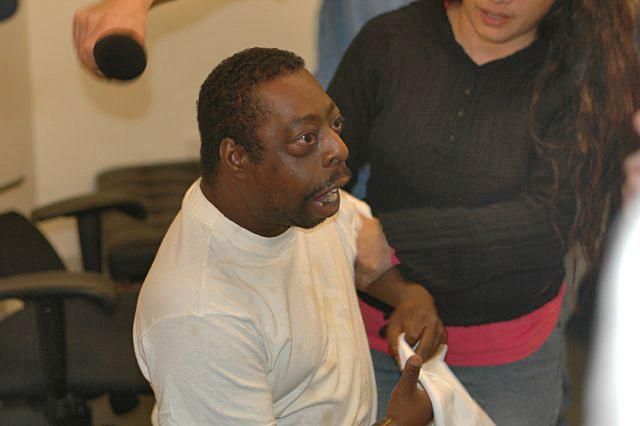 Howard started off the show singing the Beetlejuice song. That’s the one where Beetle just started riffing in the back studio one day and Richard Christy made up some original music to put behind him. Howard tried to just sing the lyrics himself to the track, but it wasn’t working out so well so he started trying to harmonize with Beetle instead.

Robin was pretty impressed that Beetle kept going back to the same chorus, but Richard told her he and Sal had just looped the one chorus over and over. Howard asked if Sal Governale really helped or if Richard just feel he had to credit him. Richard said he and Sal always credit each other, even if one of them doesn’t work on a bit.

A few of the guys from E! came in to sing along with the song and Richie Wilson said it was one of the most addictive songs he’d ever heard. Howard wanted Beetle to record a whole album of songs, but Richard said this will probably be it considering Beetle has never wanted to sing again since his original performance. Robin suggested using some Scores girls to get him in a good mood to sing again.

The World is Your Toilet

Get My Daddy Laid