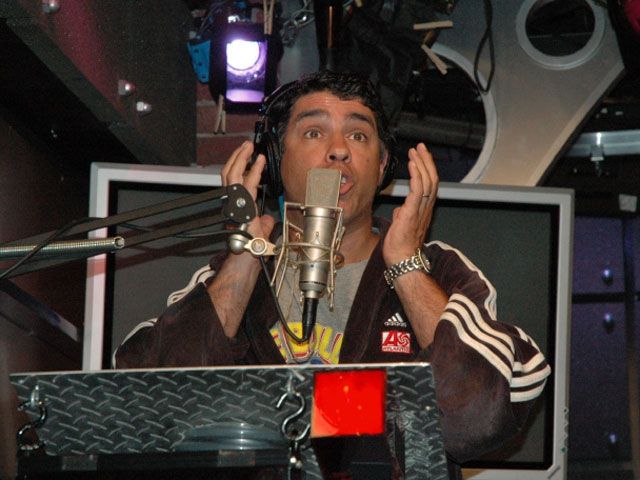 Howard mentioned this coming weekend was Ross Zapin’s Las Vegas bachelor party. Gary was going, but Howard was not. Howard still can’t understand why Ross, who is over 40, is having such an elaborate black tie wedding. He said its costing him and a lot others a fortune. Gary tallied up what he thinks he’ll be spending on the weekend and thought it would be about $2000-3000. He said the guy who is organizing all the dinners and entertainment had told everyone to bring about $1000 cash to cover all the group things they were doing. Gary said he and one other guy were the only ones with kids and all the rest were fairly wealthy single guys who wouldn’t think twice about the money. Gary did say he had figured out a way to pay for it by doing an appearance at the Spearmint Rhino Gentleman’s club Saturday night to offset some of the costs, (if you’re going to be in Vegas, be sure to go see Baba Booey Saturday night). Howard said he had gotten a letter from one of Ross’ cousins who was pissed off because she had not been invited to the wedding and a bunch of non-family members had been. Howard thought she had a point and asked Gary to see about getting her on the show.