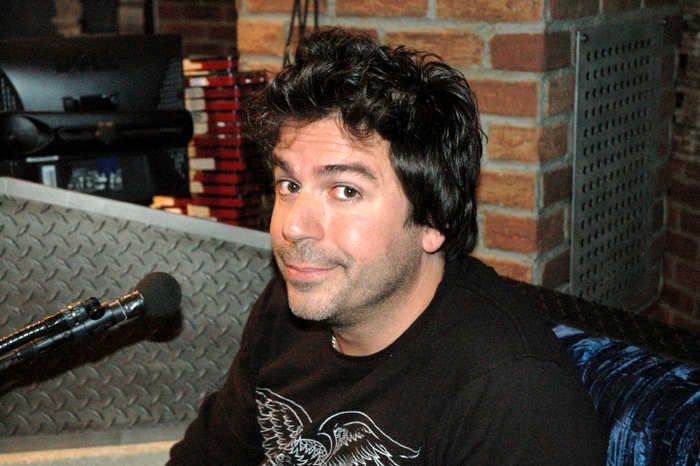 Comedian Greg Giraldo stopped by the studio to talk about what he has been up to.

Howard told Greg he saw a tape of him performing at the Pam Anderson roast last month, but that he didn’t remember much of it. Greg admitted most of his routine was censored, so it didn’t surprise him that not a lot of his act stood out. Greg went on to say that he really blasted Jimmy Kimmel and Adam Corolla at the ceremony, as well as Andy Dick.

Greg reported that, although Andy claims to be straight, he showed up at the roast with a “young, good-looking guy,” which he didn’t exactly think bolstered Andy’s argument. Greg also mentioned his child just started school and he figures that close to 50 percent of the parents who have kids in the same class are gay. Robin Quivers pointed out so many people are gay nowadays you’re just not with the times if you don’t have any homosexual friends.

Greg revealed he stopped drinking in May, but admitted it has been hard. Gary Dell’Abate reported that, although it wasn’t a full-blown intervention, he heard some of Greg’s friends actually confronted him about his problem. Greg acknowledged he was drinking excessively and that he decided to straighten up his life for this wife and child. He added that when he was on the road and drinking, he’d consider it a major accomplishment if he got to his gig on time and performed for 45 minutes. However, Greg noted that upon further reflection, he realized being sober enough to function for less than an hour a day wasn’t really something he should’ve been proud of.