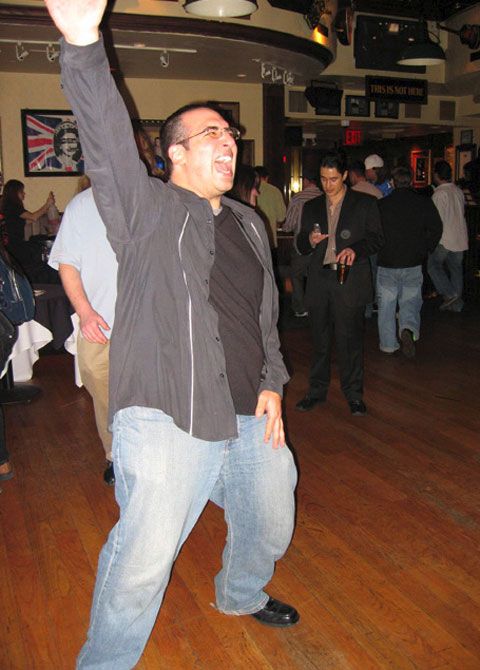 The KROCK “Christmas” party was held this past Friday night and Howard said it was a surprisingly good time. He had actually made plans to go to dinner with Robin, but they both decided to stay at the party since it was so much fun. Howard said Tom Chiusano actually did a good job with the party by renting out the entire Hard Rock Café restaurant, having karaoke and serving really good food. Howard said he was taking full credit for all of it though, since he felt he “shamed” Tom into throwing a party in the first place. Howard said Tom originally canceled the party in December and Howard knew there wouldn’t have been another one unless Howard called him out on it, on-the-air. He also had shamed Tom into getting some good food and entertainment finally. Tom denied that Howard had any effect on the party plans. Howard said the party was so good he has nothing funny to say about it. Everything was great, so Tom ruined his rap. Howard did say he wasn’t feeling that great and blamed it on the fact that everyone wanted to shake his hand. Howard said he wished everyone was like the Sushi Chef at the party and just bowed.