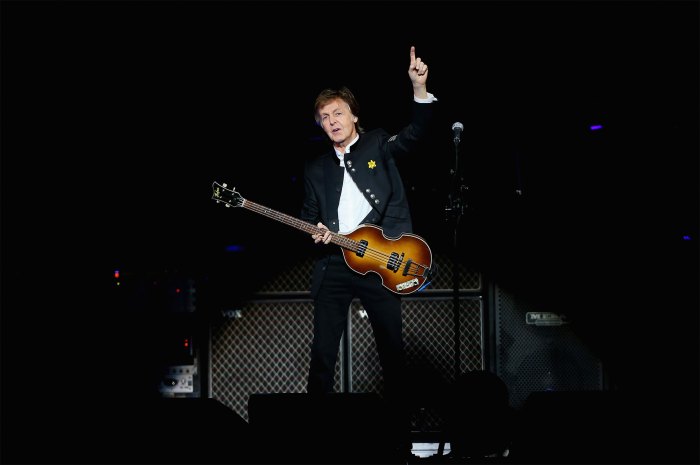 Howard started off the show by talking about the Paul McCartney concert he went to at Madison Square Garden Friday night. Howard reported that he loved the show. He mentioned that Paul played mostly Beatles and Wings songs, but also mixed in a few numbers off his new album, “Chaos and Creation in the Backyard,” which Howard was surprised he liked.

Howard added that, although he isn’t a huge fan of the song, “Helter Skelter” stood out to him as one of the best tunes Paul played during his performance.

Since Howard’s 12-year-old daughter is a huge Beatles fan, Howard wanted to impress her by introducing her to Paul before the show. Howard said he learned that Paul meets with VIPs roughly an hour before each concert, so Howard arrived at the venue at 7 p.m. Howard recalled that, after going through an initial maze of people, he, Beth and his daughter were then escorted to a heavily decorated room filled with people.

A short time after that, Howard said he was taken into another room, where he saw about 50 people gathered around Paul. Howard commented that because Paul had been on the show before, he figured the two of them were friends. Robin pointed out, though, that Paul probably didn’t see their relationship in that light. Howard reported that Paul did give him a hug when he saw him, which Howard admitted made him feel good because his daughter saw it. Howard added that he wanted to take some pictures with Paul, but decided not to hassle him.

Howard also mentioned that his daughter didn’t seem that interested in meeting Paul, but that Howard was excited enough for both of them. Artie commented that, although it is weird fawning over someone, an exception can be made when an ex-Beatle is concerned.

A Case of Mistaken Identity

When he was in the room, Howard said he saw a woman who he thought was Paul’s wife, Heather. Even though he never referred to her by name while talking to her, Howard admitted that he was paying special attention to her.