Comedian went on vacation with Howard and Beth 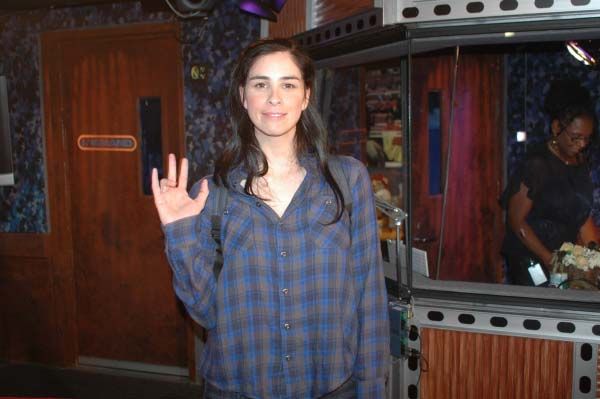 Comedienne Sarah Silverman called in to talk about her new movie, “Sarah Silverman: Jesus is Magic.” Sarah pointed out that she was disappointed she could only talk to Howard on the phone since she was originally scheduled to come into the studio Tuesday, the same day he was suspended. Howard brought up that he became friends with Sarah when he and Beth vacationed recently with her and her boyfriend, Jimmy Kimmel.

Howard noted that Sarah ate pot brownies during their vacation and that he read in the current issue of Rolling Stone that she seems to be into the drug. Sarah responded that while that article exaggerated about how much pot she smokes, she did admit to enjoying marijuana during her interview. Howard then brought up how she and Jimmy have a nice relationship and that they beat him badly when the three of them played Scrabble.

Flaunt It If You Got It

Howard noted that while they were on vacation, Sarah wore pants and a jacket on the beach even though the temperature was 95 degrees. Sarah explained she isn’t usually self-conscious about her body, but disrobing in front of Howard Stern and his swimsuit model girlfriend can be somewhat intimidating. Howard reported he ended up seeing Sarah in a bathing suit during their last day on the trip and that she looked good. Howard added he also saw Jimmy in his swimming trunks and was surprised to find that he didn’t have man boobs like he thought he would.

Turn That Frown Upside Down

Howard asked Sarah about an article that revealed she takes Zoloft to battle depression. Sarah acknowledged she does take the medication, but that she’s on the smallest dosage possible. Sarah went on to say although she still faces highs and lows, she used to go through periods of such hopelessness that the thought of performing activities like doing laundry were too much for her to handle. Sarah also noted that although the drug has helped with her mental state, it has diminished her sex drive, a fact that Howard commented Jimmy must love.

Better Behind the Camera

Howard asked Sarah if she and Jimmy ever made sex tapes, but she replied they didn’t. Sarah added if she ever saw herself doing it, she’d never want to have sex again. Howard informed Sarah that he once made a sex tape with an old girlfriend and that he hated the way he looked in it. 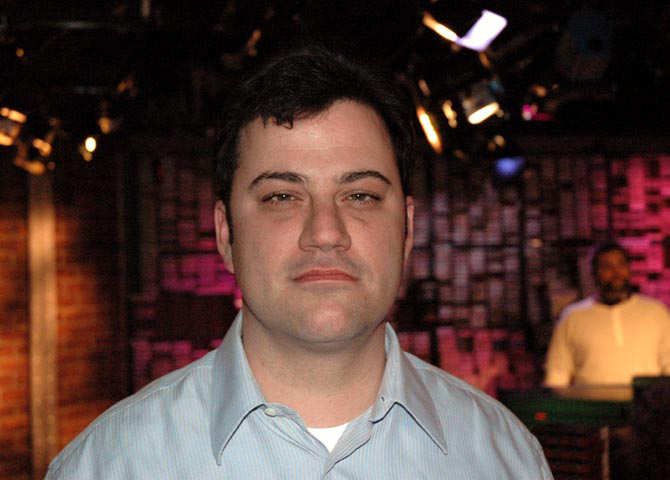 When Sarah revealed that she was calling from her apartment and that Jimmy was sleeping in the other room, Howard asked her if she’d be willing to hide the phone in the bedroom and try to initiate sex with him.

However, Sarah replied that she couldn’t do it not only because Jimmy doesn’t get too sleep much, but because her act would probably also wake up Adam Carolla.