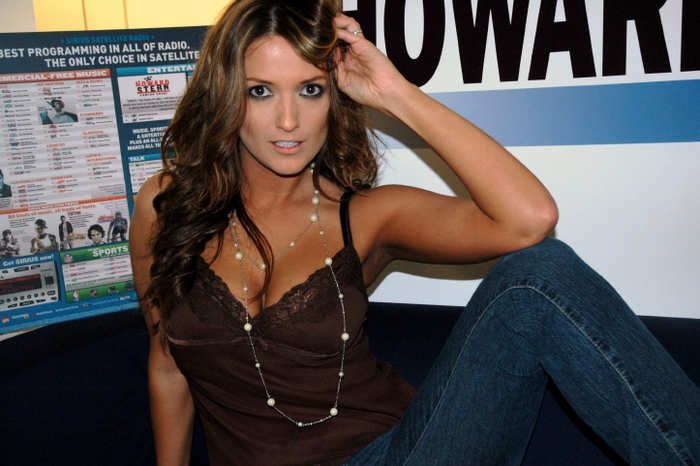 Howard revealed that his appearance on “Letterman” last night was just the start of his publicity tour, and that by the time it’s over, people will be sick of seeing him. Howard went on to mention that he watched a playback of his interview with Dave, and that he thought it went very well. Howard did say, though, that some of his plans were nixed, because the “Late Show” producers thought the ideas would make Dave nervous.

Howard reported that the first thing that didn’t fly was the fact that he wanted to bring some visual aids with him, and the second was that he couldn’t talk about “Tissue Time with Heidi Cortez.”

Despite these parameters, Howard noted that he did try to talk about “Tissue Time,” but that Dave quickly changed the subject as soon as he did. Gary added that as long as Howard’s been going on Dave’s shows, he has never talked about anything sexual with him.

How to Avoid Chit Chat

Gary pointed out that he noticed Howard and Dave were talking as the show went to commercial break, and he wondered what was said. Howard responded noting that, as soon as he walked onto the stage, Dave told him it was really good to have him there, which he thought was a rather impersonal remark seeing as the two of them talk privately. Howard then noted that as the Paul Schaffer and his band play during the commercials, Dave has them perform the music loudly so that he can avoid talking to the guests. Howard did say that Dave asked him during the commercial if there was anything he wanted to talk about in particular, but that he just brought up his suspension and then put his head down and waited for the show to start again.

Beth O. and ‘The Late Show’

Bobo called in and said that he was surprised to learn that Beth O. used to work on “Late Show.” Howard explained that for years Beth appeared in various sketches on the program, but that she was phased out once it became public that the two of them were dating. In fact, Howard acknowledged that he wanted to bring this up to Dave last night, but that Beth begged him not to. Although Howard pointed out that Beth isn’t the type of person to gossip, he figured that she wasn’t asked back on the show because people there were paranoid that she’d tell him what goes on there behind the scenes.

Feed Him a Line

Vinnie Favale, vice president of late night programming at CBS, got on the line and insisted that Beth wasn’t phased out of the show, and that she’s still called to appear from time to time. However, Howard insisted that wasn’t the case. Howard then mentioned that Dave called him after his appearance to thank him for coming on the program, but before he did, Vinnie called him to find out what number Dave should use. Howard pointed out to Vinnie that he had just called him himself, so he should be able to figure out what number to give Dave. Vinnie defended his question, though, by noting that Howard has what he feels is a complicated answering system, so he wasn’t sure if there was an alternate, direct line someone of Dave’s stature could call on. Howard responded that people mistakenly think he has a complicated and glamorous life, but he doesn’t think he does. To illustrate his point, Howard recalled that even though there was so much press covering his interview with Dave yesterday, after it was done, he ended up going back to his apartment with Beth and eating leftover soup.