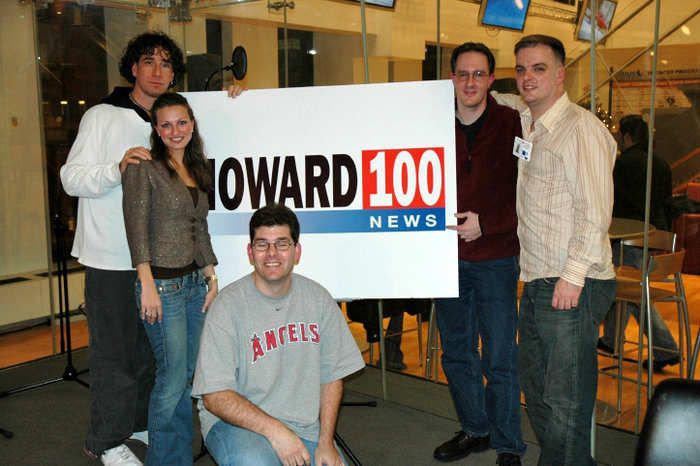 Howard announced that he taped an interview with “The Best Damn Sports Show Period” yesterday afternoon, and that it went well.

Howard said that, because he did the interview via satellite, it took some getting used to before he got comfortable, but that he ended up having a great time. Howard went on to say that he had been feeling good about most of the publicity he’s been doing until he heard the panelists on last night’s “Super Fan Roundtable” suggest that he’s over-promoting.

Gary told Howard that he sensed the panelists felt that way simply because his interview with “The Best Damn Sports Show Period” didn’t seem to fit with some of the other press – like “60 Minutes,” “Late Show with David Letterman” and “Newsweek” – that he’s done.

Howard responded that his agent, Don Buchwald, was the one who recommended he do that particular show, which Artie said was good advice given the fact that the people who watch it are probably fans of his radio show too.

Ralph Cirella, who was with Howard during his “The Best Damn Sports Show Period” taping, commented that it was the best interview he’s done thus far because it was as though he was just hanging out and chatting with the hosts. Ralph went on to point out that he watched the piece about Howard that aired on “The Today Show” yesterday and that Katie Couric was nice to him in person, yet critical of him on the air.

To illustrate Ralph’s point, Howard said that he admitted to Katie during their interview that he goes to a psychiatrist four days a week, and that, while discussing the segment on the air, she commented that he should start going five days a week. Ralph also mentioned that Katie made a disclaimer before the piece aired, warning children to leave the room.

Howard said he didn’t understand why the warning was made, because the only even remotely sexy thing that occurred during their talk was the way she kept looking him over. Howard then read e-mails from listeners who backed up his belief that Katie seemed to be very into him during their discussion.