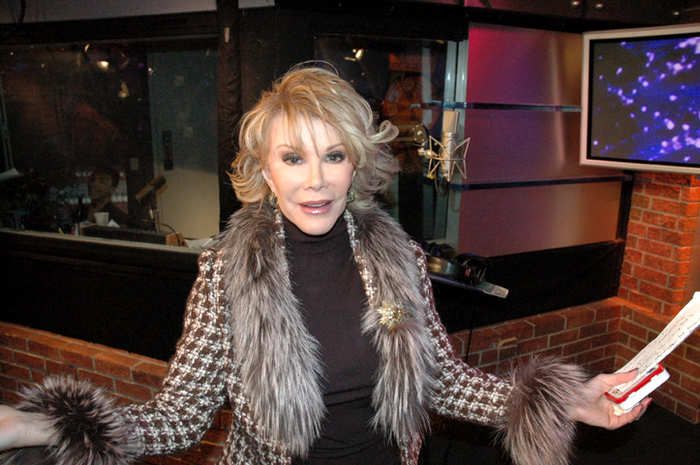 Joan Rivers called in to wish Howard luck at SIRIUS. Howard said that Joan has always been one of his favorite guests and remembered going to several parties at her house while other celebrities had blacklisted him.

Howard also recalled the time he put a camera in Joan’s dressing room and then proceeded to hit on her just to see her reaction. Howard reported that, despite his best efforts, she turned him down immediately. Joan said she loved Howard, and that she bought a car just so she could listen to him in the morning.

After Joan got off the line, Artie pointed out that his favorite moment between her and Howard occurred on her old talk show, when Howard got David Bowie’s wife, Angie, to admit that she once caught her husband in bed with Mick Jagger. Howard agreed that was an important moment for him, seeing as the news that he helped break made the front page of newspapers the next day.