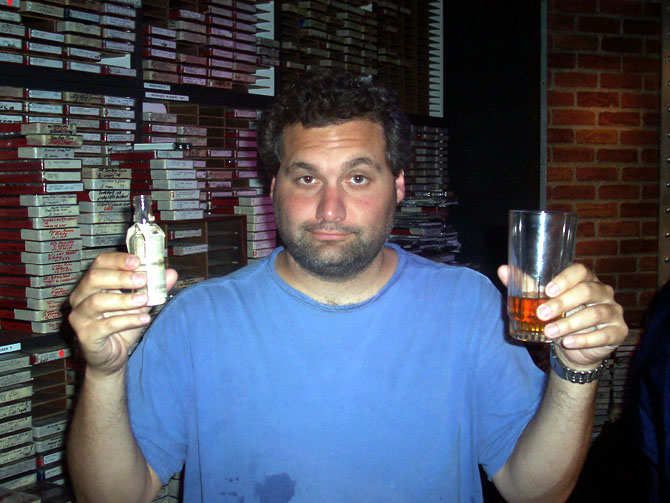 When Artie got up to the studio, he announced that he could tell people in the crowd were drunk, so everyone from the show should follow their lead.

Howard brought up that Sam Simon sent him a gift basket of booze yesterday, but that he forgot to bring it with him this morning. Howard then mentioned that Sam was in the green room and that he heard David Spade and Chris Rock were also planning on making appearances.

When Robin pointed out that Richard was supposed to have made a run for alcohol before they went on the air, he came into the studio and said he had done just that and that he had champagne, beer, vodka and Yeager to offer.

As the alcohol situation was being organized, Doug Goodstein, the executive producer for iNDEMAND, reported from the street that his camera people were filming the crowds for a future special on Howard’s channel and that he was currently standing with Gary the Retard, Jim Florentine, Lonnie from Scores, Elephant Boy and Melrose Larry Green. Doug added that the size of the crowd illustrated just how much Howard is loved by people.

Doug even went as far as saying that the rain was nothing more than the sky shedding tears of joy for Howard’s move to SIRIUS.