When Howard got on the stage, he acknowledged that it would be impossible for him to sum up 20 years in a single speech. However, Howard did say that the most important point he wanted to get across was how much he appreciates all that his fans have done for him. Howard went on to mention that he read an article recently where he was described as “the last of a dying breed of broadcasters.”

Howard agreed with this assessment, explaining that, unlike most people in the broadcasting business who take the easy way out, he has refused to bow down to the government and the religious right. Howard added that now that he’s had his final broadcast on regular radio, this day will go down in history because the medium will never again experience either a show like his, or the audience that supported it for two decades.

His Fans Mean Everything

Howard thanked his listeners for being in his corner throughout his career and commented that, in some ways, they know him better than anyone else. Howard also said that without his audience members and the ratings they gave him, he never would’ve been able to stand up for free speech the way he has, because he wouldn’t have had the clout to do so.

Howard then noted that as far back as he could remember, he always wanted to find people to be a part of his inner-circle and that, thanks to his listeners, he has accomplished that goal. Howard went on to comment that nothing makes him feel better than when fans call in to report how hard he made them laugh, because that is what he tries to do.

Howard then mentioned that he believes one of the reasons his audience has stayed with him for 20 years is because of his willingness to say what’s on his mind. Howard added that, even though they’ve broken every rule in radio and have already done so much, he thinks the ride is just beginning.

To the Future and Beyond 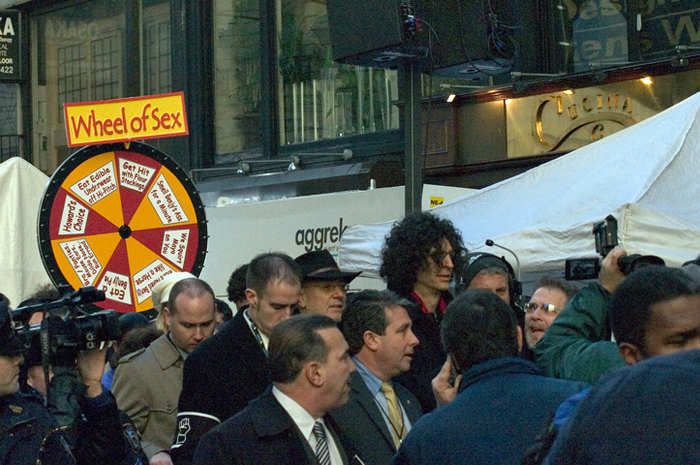 After thanking everyone who has worked with him not only in radio but also in television and on his movie and book and after he dedicated the final broadcast to Sgt. Keith Manning, Howard said the people for whom he has the most gratitude are his fans.

Howard proceeded to vow that he will give his listeners the best radio entertainment they’ve ever had when he moves to SIRIUS. Howard then finished his address by saying, “Don’t break up the family. Stay with us in the future. It’s going to be a great ride.”