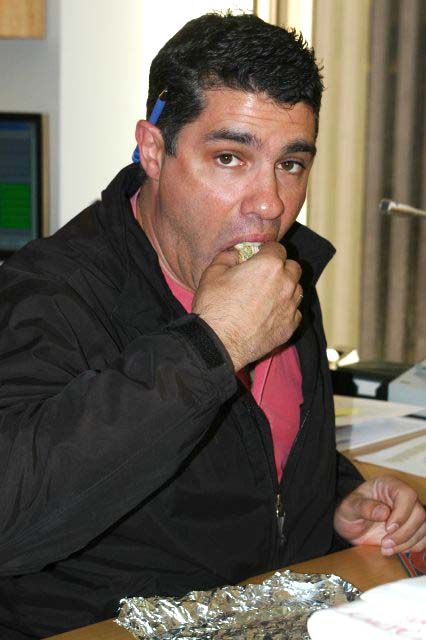 Howard was less than surprised to find a box of wooden toothpicks on his console this morning. Yesterday Gary had told him that they don’t sell wooden toothpicks in NY anymore and that’s why he couldn’t get Howard anything other than plastic. Jason Kaplan had told Howard that they sent an intern to a few Duane Reade Drugstores around here and none of them had them. Howard told him that looking for toothpicks in a drugstore was stupid and he should be checking out supermarkets. Howard said that the stupidest thing was Gary saying that wooden toothpicks didn’t exist in NY anymore even though Gary claimed that it was only what Jason told him.

Howard said that he shouldn’t have taken Jason’s word for it because it makes no sense; he should have just demanded the wooden toothpicks. Howard also mocked Gary for giving him a whole sad story yesterday about why there were no wooden toothpicks – something about how they are conserving wood now. Gary adamantly denied saying anything like that and kept yelling at Howard to take it back. Gary said he couldn’t wait until January 2006 when he’ll be able to call Howard exactly what he wanted to call him this morning.