Fran Drescher Has a Huge Entourage

Fran Drescher Has a Huge Entourage 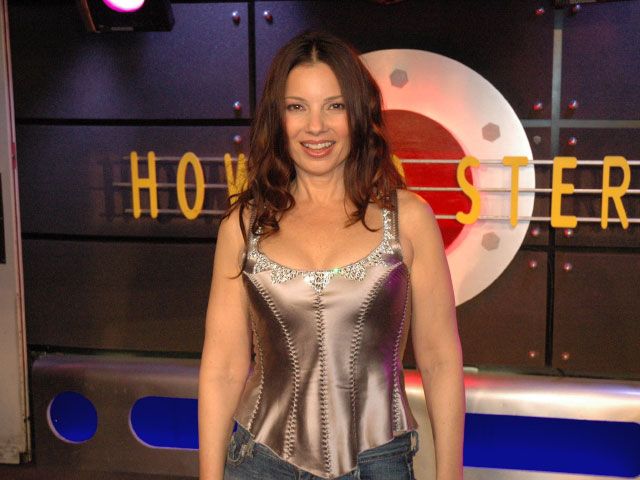 “The Nanny” star Fran Drescher was scheduled to come on the show today and Gary told Howard that she showed up with about 50 people. He said there were tons of publicists, hair stylists, make up people, etc with her. She was even walking around holding a little dog. Howard said those little dogs have become the new purse for some female celebrities. He thinks Joan River started the whole craze. Artie didn’t understand why people would want to live with a dog let alone walk around with in your arms all day.

Fran Drescher made her way into the studio to promote her new WB show, “Living with Fran” and Howard said she still looks great. Fran told Howard that she’s always carried around a dog with her and she isn’t just following a fad. Howard heard that Fran recently broke up with her boyfriend who was much younger than her. Fran said that was true and while she’s not in a relationship right now she is still having sex. She told Howard about a great F-Buddy she has. He’s an ex-NBA player whom she described as her “Nubian God.” Howard kept trying to guess who the player was but Fran wouldn’t give up the name. Fran said she broke up with the younger guy she was dating because she really wanted to date someone who was on the same level with her, career wise. Fran said she wants to date guys who are as successful as she is. That reminded Howard that Fran once called him up and told him that she was single and looking to date a successful man. Howard said it was weird because it was almost as if she was making an announcement about it. Artie said she should have taken out an ad. Howard said that he thought Fran was practically soliciting him for sex with that phone call. He said he was with Beth Ostrosky at the time but if he wasn’t he bet he could have asked her to come over for some fun. Fran laughed and didn’t exactly deny that.

Fran said she has smoked pot before but it’s not a regular thing. She said she did smoke out of a Vapor that got her really high on only one hit. – Fran is not into anal sex and has not let her basketball buddy go there. – She had a woman come to her house and teach her how to give really great oral sex to a man. Howard wanted her to demonstrate her prowess on a banana but Fran declined. – Her new show “Living with Fran” is on the WB tonight (Friday) at 8:30 and 9:30pm. Artie said that the critics must love it because they put a star next to it in today’s review.