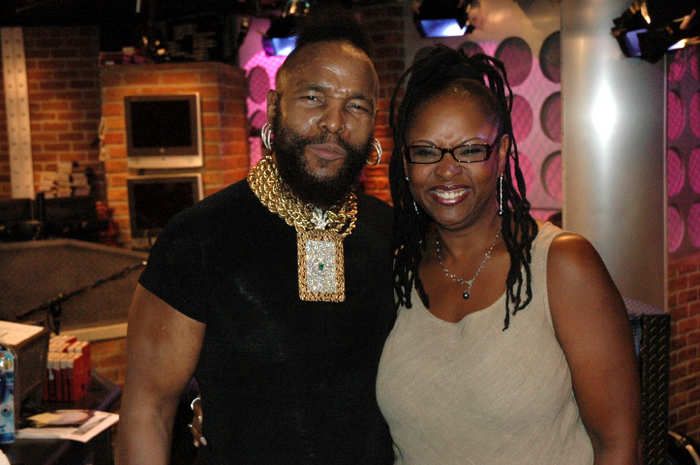 Photo: The Howard Stern Show
Howard asked Mr. T how he landed the role of Clubber Lang in “Rocky III.” Mr. T recalled how he had won a bouncer competition two years in a row, and got roughly $15,000 because of it. However, instead of keeping the money and trying to pick up women, Mr. T donated every cent to his church. He told Howard he believed his generosity was the reason he got the chance to audition, because a few weeks later, Sly Stallone called him asking if he’d be interested in being in the movie. Because he had no acting experience, Mr. T talked about finding other ways to impress Sly during their meeting. He said he memorized the entire script and spent weeks trying to live the life of Clubber. At the audition, Mr. T had to actually box Sly before reading 10 pages of the script. Howard was impressed Sly would box Mr. T, especially because he didn’t even know at that point if he’d get the part. Mr. T said he never developed a big head after he got the role. He mentioned how thrilled he was when he got the news because he realized he’d be able to financially take care of his mother. Howard said when he was young he promised his mother he’d get rich someday and buy her a fur coat. Robin asked him if he ever delivered on his word, but Howard said he hadn’t because she kept him in Roosevelt too long and he had to get back at her in some way. Mr. T said “Rocky III” made close to $20 million in its opening weekend, which was really impressive given the cheap price of movie tickets at the time. The film went on to gross more than $100 million. Howard asked him if he had a part in the upcoming “Rocky VI,” and Mr. T confirmed he did.
Previous Show Next Show