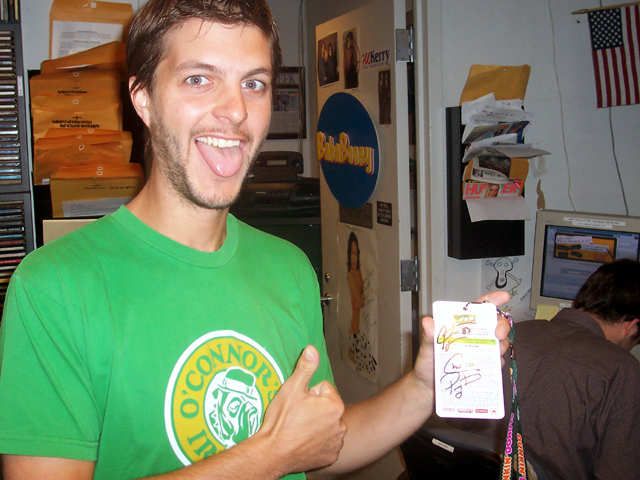 Gary brought up how producer, Will Murray, got wasted at the Jets game yesterday and almost got into a few fights. Will noted that he had been drinking, but that he wasn’t in bad shape. He did admit, though, that at one point a woman slapped him, although he wasn’t sure why she did it. Gary reported that the reason the woman hit him was because he called her the c-word. However, Will insisted that didn’t happen. Howard then played a phone message Will left for him while at the game. During the call, Will was yelling and talking incoherently, which Gary felt proved his point. In addition, Gary commented that Will said something derogatory to another fan, who thought Baba Booey was the one who made the remark. Gary said the guy wanted to fight him until he explained he didn’t actually say anything. Will claimed he had a right to be upset at that guy because he was wearing a Miami Dolphins jersey at a Jets home game.