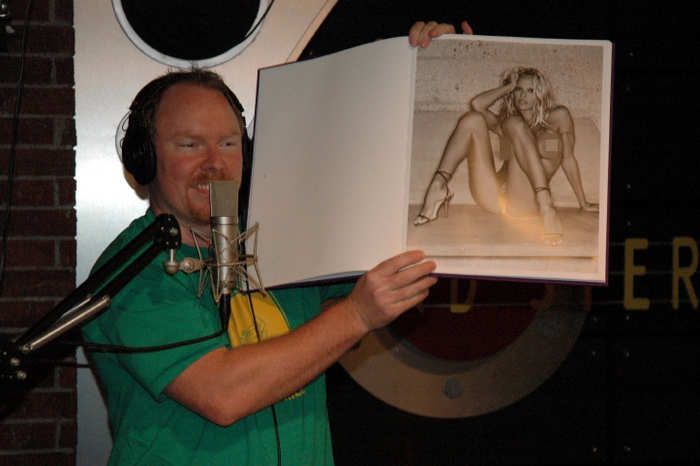 Howard noted that the one problem he had with the book was that, due to its content, most people couldn’t actually leave it on their coffee table. Richard Christy came into the studio and asked if he’d be able to pleasure himself to such a classy book. Howard assured him that even though the book wasn’t a porno magazine, it could still do the trick. Although Howard mentioned the book is bigger than Richard’s apartment, he told him he could have it if he wanted it. Richard accepted Howard’s gift and told him he couldn’t wait to get some alone time with the book. Richard added he might have to get a new music stand because the thing looked too heavy to hold with one hand.