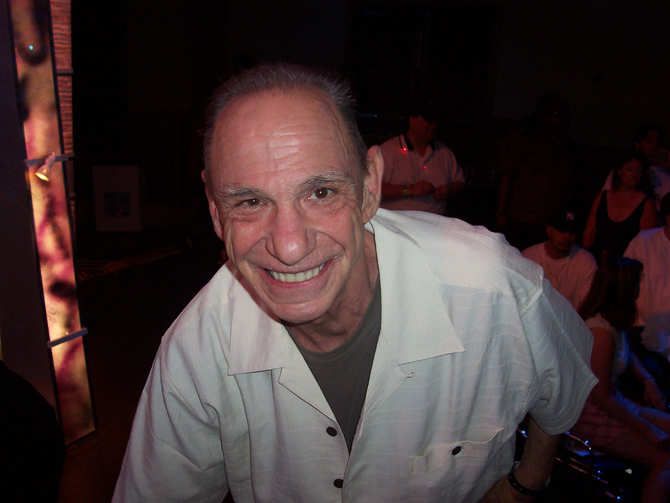 Howard took a call from former mobster, Henry Hill, who said he had a sore throat and couldn’t talk long. When Henry congratulated Howard on his move to SIRIUS, Robin congratulated Henry on once again getting out of jail. Henry responded that his latest stint in the slammer was a result of police finding two syringes in his luggage at the airport, with one of them having a trace of methamphetamine and the other cocaine. Despite his arrest, Henry insisted that he didn’t know the syringes were in his bag, and that he used them to paint, not to do drugs.

One of Henry’s harshest critics, Pauly, got on the line and immediately began criticizing Henry for ratting out his fellow-mobsters the way he did. Gary then came into the studio and announced that he heard Henry had taken up drinking again because of a tape that’s rumored to exist. Gary went on to explain that he’s heard there’s video footage of Henry being raped by a pair of guys, a rumor that Henry admitted was true. Henry went on to say that in the middle of last summer, he met these guys at a bar, and that they slipped something into his drink. Henry added that, once he passed out, the men took him into the woods to do their deed. After hearing the story, Gary wondered if the act was actually a rape or if it was consensual. Henry responded that he didn’t know what was happening and was in fact raped, although he did add that the men used a sex toy to rape him and not any part of their bodies.

Gary reminded Henry that, back in 2002, he admitted on the show that he once orally serviced a man, so he wasn’t sure whether the alleged sex act was voluntary or not. Henry replied to Gary’s charge by claiming that the admission he gave about the oral sex wasn’t true before once again insisting that what happened to him on the tape was against his will. Henry also pointed out that he has no recollection of what occurred to him after he was drugged, but was sure the event transpired, even though he said he’s never seen the tape. Gary then announced that he received word of the tape a few months ago, but that the people who tipped him off couldn’t send in a copy. However, Gary added that he was given stills of the footage, so someone does have access to the tape. Upon hearing that, Howard replied that he’d try to get a copy of the tape for iNDEMAND.