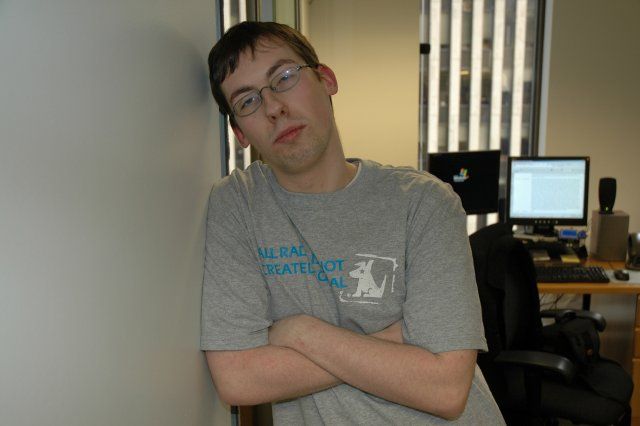 Howard reported that he had JD’s phone sex friend, Kissyphur, on the phone, but that JD was refusing to have on-air phone sex with her. After pointing out that JD should change his mind for the sake of the show, JD responded that he was afraid the recording of him doing it would “haunt him for the rest of his life.” When Robin wondered if JD would get in the mood if he heard Kissyphur’s voice, Howard put her call through. Kissyphur said she talks to JD on a regular basis and that he’s “a great guy.” However, Kissyphur also commented that JD also has a wild streak, noting that he not only likes to dominate her during their discussions, but that he also once asked her if she had a dog that could lick her private area.

Kissyphur said that she couldn’t get on her web cam because she wasn’t working when Howard called. Kissyphur then explained that she only performs on her web cam four nights a week and that her regular customers log on at specific times because they know her schedule. Kissyphur went on to say that she gets about 60 percent of the money she generates from her calls, while the phone sex company for which she works gets the rest. When JD acknowledged that most of his calls to Kissyphur last 20 minutes, Howard wondered why he needed that long to talk to her, especially because Kissyphur charges $2.95 per minute. Kissyphur responded that most of her callers, including JD, like to discuss topics besides sex. This led Howard to suggest that JD talks so long because he feels badly after talking about sex to the girls, while Robin noted that she thinks JD believes the girls actually like him.

Kissyphur commented that she’s seen pictures of JD and that she has patrons who look much worse than he does. To see what she’s like in action, Howard proceeded to engage in phone sex with Kissyphur. After a few minutes of the conversation, Howard announced it was JD’s turn to take over the call. Because JD wasn’t getting into the conversation, Robin suggested that everyone hide so he’d feel more comfortable. Despite Robin’s attempt at helping JD, though, he still claimed he was too embarrassed to have phone sex with Kissyphur. Howard then arranged for Kissyphur to call back tomorrow when she could get on her web cam.