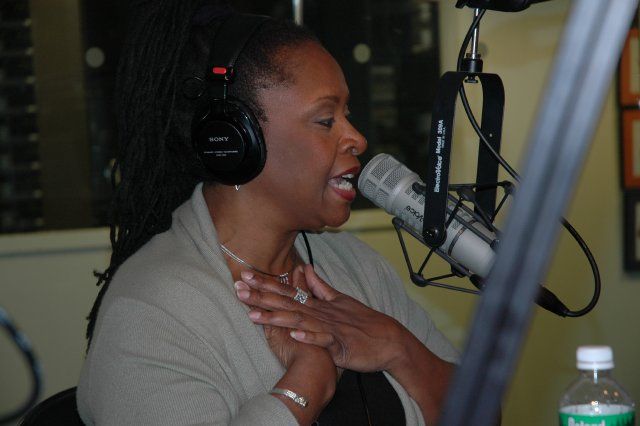 Howard began the show saying that yesterday was one of the greatest days of his life. Howard explained that, because of how generous Robin has been to him over the years, he has wanted to do something special for her for weeks, even before the surprise birthday party she threw for him last month. Given all this, Howard mentioned that, after yesterday’s broadcast, he took Robin down to the SIRIUS building’s basement garage, where he had a top-of-the-line, hardtop convertible Mercedes Benz waiting for her – with a big bow on top. Howard noted that, although he knew Robin likes silver cars, he decided to get her a black Mercedes. Howard then said that he wanted to tell Robin about the gift as soon as he bought it, but somehow was able to keep himself from doing so. Howard added that he gets no more pleasure than when he gives people gifts they truly appreciate.

Robin commented that she was planning on leaving the studio early yesterday to go home and rest. However, Robin went on to say that Howard told her he needed to see her immediately following the show and that, upon receiving her present, her whole day changed. Robin reported that, when she arrived in the garage with Howard, she could only see two things: the Mercedes and a dumpster, which caused her to think the surprise was actually located in the latter. When she realized there probably wasn’t anything in the dumpster, Robin said she saw the ribbon, which she initially thought was on a gift inside the car and not on the Mercedes itself. As she looked more closely, though, Robin said that she could tell the ribbon was, in fact, on the car itself, and that she couldn’t believe what she was seeing.