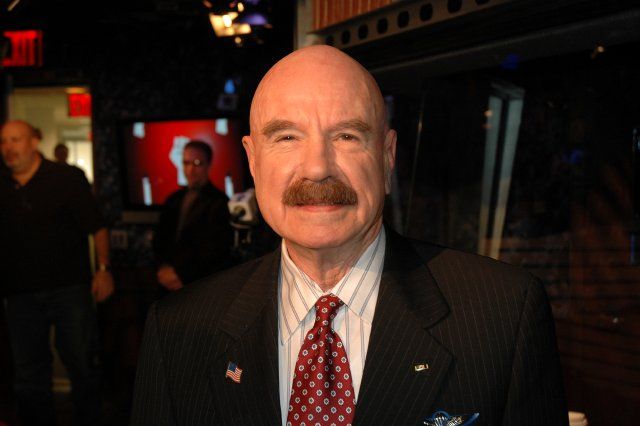 G. Gordon Liddy and his son, Jim, came into the studio to talk about their pasts as well as some current topics. Howard began the conversation by pointing out that Gordon once tried to have a reporter, Jack Anderson, who was badmouthing President Nixon at the time, assassinated. Gordon acknowledged that he had had discussions about the hit and that the action was necessary because, to him, Jack was “a threat to national security.” Gordon then detailed some of the ways he planned on taking out Jack, including putting LSD on his steering wheel, placing one cyanide pill in his aspirin bottle and arranging for a car accident. However, Gordon noted that, for various reasons, each of his ideas was turned down.

After Gordon mentioned that he and his wife will soon be celebrating their 50th wedding anniversary, Howard brought up the women and guns calendars Gordon puts out each year. Howard noted that his major problem with the calendars is that most of the women were “train wrecks.” However, even though Howard furthered his point by saying that the women in the calendars have flabby stomachs and men’s faces, Gordon insisted that he finds the models, who are actually culled from photos sent in by his fan base, attractive. Gordon went on to say that his favorite handgun is the revolver, with the .44 special cartridge coming in second.

Because the title of Gordon’s new book is, “Fight Back: Tackling Terrorism, Liddy Style,” Howard asked him how he recommends battling the threat. Gordon responded that he knows some of the details as to how the government is going to do it, but he claimed the information is classified. When Robin questioned whether or not Gordon actually has access to such knowledge, Jim replied that such information is, in fact, out there. In fact, Jim said that, as a Navy Seal, he earned medals that he couldn’t even discuss with his father and that he couldn’t tell his them his whereabouts when he contacted them while serving.