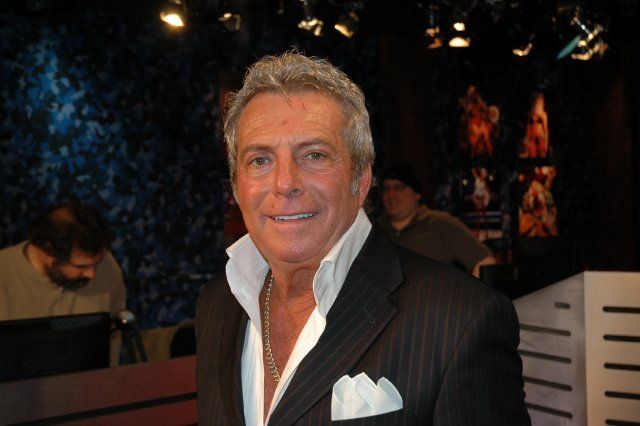 Gianni Russo, the actor best known for his role as Carlo Rizzi in “The Godfather,” came into the studio to talk about his new book, as well as his many exploits with famous women. As soon as Gianni sat down, Howard pointed out that Lisa G.’s observation that Gianni was wearing a heavy amount of cologne was true. Gianni joked that since Italians don’t shower, they have to do something to hide their body odor. Gianni then mentioned that “The Godfather” came out 35 years ago this month, which led Artie to do a scene with Gianni from the film. Gianni went on to say that, although he was never officially in the mob, he had connections to it through his great-grandfather.

He Should’ve Kept His Mouth Shut

Although Gianni denied ever having direct ties to the mafia, he admitted that he killed two brothers in the late 1980s. Gianni recalled that he owned a casino at the time and that one of its patrons had attacked a woman with a broken champagne bottle. Gianni said that, since no one else in the casino was brave enough to confront the man, he had to approach him in order to save the woman’s life. Gianni reported that, when he went up to the man, he proceeded to cut Gianni’s throat and stomach with the bottle. Despite his injuries, Gianni claimed that, in a calm voice, he pointed his gun at the guy’s head and asked, “Do you want to walk out of here or go out in a black bag?” Gianni then said that the man replied “f*ck you,” to which Gianni shot him two times in the head.

A Tale of Two Brothers

Gianni explained that his victim was Columbian and that one rule amongst Columbian gangsters is to avenge the deaths of their family members. Gianni commented that when he got word that the man’s brother was after him, he turned to John Gotti. Gianni said that John advised him to go to the Dominican Republic to talk about his problem with former Panamanian leader, Manuel Noriega, who in turn told Gianni to talk to Pablo Escobar, a former Columbian drug lord. Gianni remembered that he met Pablo in a church and that the fact that Pablo recognized him from “The Godfather” was probably the only reason he wasn’t killed on the spot. Gianni noted that Pablo assured him that the brother of the victim was a troublemaker and that he’d “take care of it.” However, Gianni said that, a few weeks later, he saw the brother in a club and quickly learned that he was carrying a gun. Gianni went on to tell how he dragged the brother into a back room of the club and beat him so badly that his ribs punctured his lungs. Gianni added that, after the beating, he discovered the man had photographs of his children with him at the time, which he took as a sign that he planned on killing them as well.

His Name Will Live On

Since they were on the subject of Gianni’s children, Gary pointed out that he allegedly has 11 of them with 10 different women and that there are three additional paternity suits pending. Gianni acknowledged that what Gary said was true and that his children range in age from 13-43. Gianni then noted, though, that he’s only been involved with women who were financially well off, so he hasn’t been forced to pay much money for child support. Gianni added that he’s close to some of his kids, but that he hasn’t even met others. Gianni added that he has children located all over the word, which he claimed has made it difficult for him to keep in touch with all of his offspring.

Gianni revealed that he’s working on an autobiography, “Godfathers, Popes and Presidents,” and that part of the book will focus on the time he’s spent with Bill Clinton. Gianni commented that Bill is more charismatic than anyone he’s ever known and that women are immediately drawn to him whenever he walks into a room. Gianni went on to claim that, when he was 16, he had a weekend-long affair with Marilyn Monroe. Gianni explained that he was working as a hair-washer at the time and Marilyn became a regular client of his. Gianni said that, although he and Marilyn became friendly with each other, it wasn’t until she requested he come to her hotel room one Saturday afternoon that he became physical with her. Gianni noted that Marilyn, who he said was in her 20s at the time, greeted him at the door and that, although she wasn’t as thin as most supposedly attractive women today, she was “movie-star clean” and good in bed.

Getting the Intended Result

Gianni acknowledged that he’s been with several other famous women as well, including Dionne Warwick and Liza Minnelli. However, Gianni added that his one date with John Gotti’s daughter, Victoria, didn’t go quite as smoothly as most of his others. Gianni recalled that he was set up with Victoria as part of her reality show, “Growing Up Gotti,” but that when she heard him singing as she walked into a restaurant for their date, she walked out of the establishment. Gianni added, though, that his performance still aired on the program, which helped him promote the CD he had just released.