Actor stops by the Stern Show ahead of MTV's “Yo Momma” 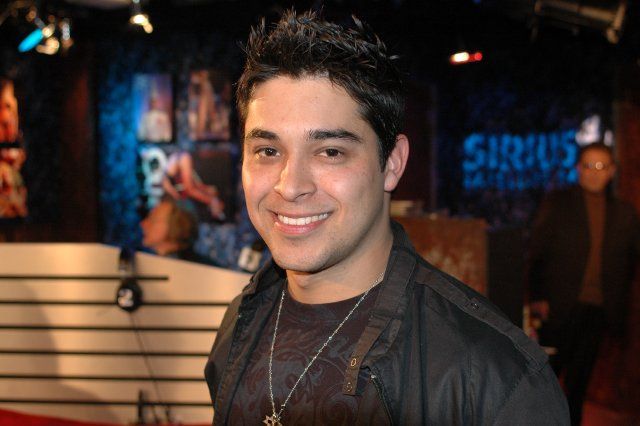 Wilmer Valderrama, one of the stars of “That ’70s Show” as well as the host of the upcoming MTV program, “Yo Momma,” came into the studio to talk about his life. Wilmer reported that he was born in America, but was raised in Venezuela. Given this, Wilmer noted that he didn’t have many friends when he moved back to this country for high school, largely because he didn’t speak much English. Wilmer then mentioned that, in an attempt to fit in better, he joined his school’s theatre department, a move which he said helped him learn the language and land commercials. Wilmer also noted that all the commercials he did was the thing that got him his role as Fez on “That ’70s Show.”

Wilmer mentioned he dated Lindsay Lohan for more than a year and that the rumor that he dumped her for Ashlee Simpson wasn’t true. Howard wondered if he thought celebrities might be prejudiced against Wilmer because of his accent, but Wilmer responded that the movie “Desperado” made Spanish accents and wearing tight jeans cool for a time, which he said helped him with some of his girlfriends. Wilmer added, though, that “getting a sitcom” didn’t hurt him either.

Wilmer also spoke about dating entertainer Mandy Moore. He recalled approaching her while she was shooting the cover for a magazine. He said she agreed to go out with him right away. Wilmer told Howard he knew Mandy was interested in him when her mother revealed she changed her shirt three times in preparation for their first date.

Howard said that he had a list of women with whom Wilmer allegedly has had sex and wanted his thoughts on each of them. The first name Howard mentioned was Jennifer Love Hewitt, who Wilmer replied “was an eight.” However, Wilmer claimed that the other three girls Howard brought up – Jamie Presley, Rosaria Dawson and Jessica Alba – were just friends of his and that he’s never been physical with any of them. Because of the number of A-Listers on Wilmer’s list of sexual partners, Howard asked him if he’s well-endowed. Wilmer responded that he’s “been blessed” in that department, before saying that his penis is more than eight inches long. Wilmer went on to report that, when he’s with celebrities, he has two things on his mind: that he can’t believe he’s actually having sex with them and that he has to be sure to perform adequately. Although Wilmer insisted that he’s been rejected by women in the past, he couldn’t remember a specific instance when it happened.

Wilmer noted that his new program, “Yo Momma,” is a “street show” that will feature “rank outs,” whereby contestants will fire insults at each other and the audience picks the winner.

Upon hearing this, Howard asked Wilmer if he thought it was a good idea for someone with his kind of lifestyle to risk it all in order to go into tough neighborhoods in order to film “Yo Momma.” Wilmer replied that, because most of his friends come from such places, he feels comfortable going there, so he enjoys it and isn’t afraid.

Robin wondered if Wilmer was ever worried about not being able to perform in bed, but Howard pointed out that he doubted that was a concern of his given the size of his penis.

Robin then admitted that she found Wilmer “really good-looking” and that she was getting turned on by him. Artie then informed Robin that, if she needed “to cool down,” she should look at him.

Wilmer commented that this season’s finale of “That ’70s Show” will be the program’s last episode, but that, with more than 200 episodes, the show is heading for its second round of syndication.

Artie then noted that he thought Wilmer must be worth at least $15 million based on his syndication deal alone, recalling that his agent told him that if “Norm” had reached the 80 episode mark during its run, “he wouldn’t have to work again.” Unfortunately, Artie reported that “Norm” made it to only 54 episodes.