Shot in the Eye

Shot in the Eye 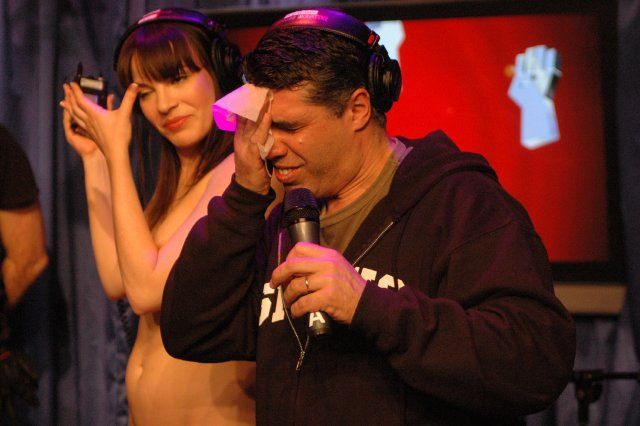 Howard brought up that the substance that came out of Annie yesterday during her demonstration of the “Lick a Chick” and hit Gary in the eye looked like urine to him, but that others have said it was a vaginal secretion. Gary responded that what the substance was can be argued either way, but Howard noted the matter could be settled by a gynecologist. Benjy added that all experts agree that the fluid, whether it’s urine or not, comes out of the “Aretha,” which Robin noted is actually called “the urethra.” Benjy went on to say that HIV is extremely difficult to get, although Gary may have contracted other sexually transmitted diseases through his eye. Despite Benjy’s diagnosis, Artie pointed out that he thinks there’s only one way to get HIV: “f’ing a guy in the ass.”