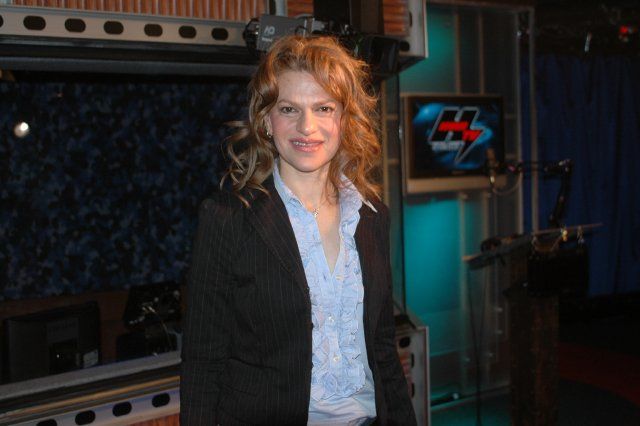 When Sandra Bernhard came into the studio, she told Howard that thought his appearance last month on “Late Show with David Letterman” was one of his best ever, before asking him why he thought Dave won’t have her on his program anymore. Howard replied that he used to enjoy it when Sandra was on “Late Night,” so he wasn’t sure why Dave didn’t book her anymore. However, Howard also acknowledged that, since Dave is consistently beaten by “The Tonight Show” in the ratings, he might only want to have on guests who are more mainstream than Sandra.

This topic of discussion led Howard to say that his favorite appearance Sandra ever made on his show was the time she talked about having sex with Jay Leno. Sandra told Howard that, since she made that revelation, Jay has also refused to have her on as a guest. Sandra went on to note that she thinks Jay is a “phony,” so she didn’t care about not being asked on “The Tonight Show” anymore. However, Sandra wondered if Howard would ask Dave why he won’t have her on his show anymore, adding that she made 29 appearances on “Late Night,” but only one on “Late Show.”

Sandra reminded Howard that she had a short-lived program on SIRIUS six years ago, but that the service “wasn’t ready at the time.” Howard responded that he was approached about a potential satellite radio deal at that time as well, but that, like Sandra, he questioned whether or not the service was ready. Sandra then noted that there was no tension in the studio this morning, and Howard told her that being at SIRIUS has rejuvenated him and his show. Howard agreed and pointed out that, while it may not have been the right time for satellite six years ago, it absolutely the right time now.

Sandra told about the time she was fondled while receiving a massage in Budapest back in 1990 when she was filming “Hudson Hawk.” Sandra recalled that she pretended to be asleep as the masseuse began touching her private area, but admitted that his touch brought her to orgasm. Sandra added that she wasn’t in a relationship at the time so she allowed the masseuse to have his way with her, and that it was “the weirdness of it that made it hot.”

Sandra commented that she has the same girlfriend as she did when she was last in the studio at KROCK, which she said illustrates just how in love she is. Sandra went on to mention that her girlfriend is “mean” to her “in such a good way,” explaining that her girlfriend won’t let her “get away with anything.” Sandra then noted that she wanted Howard to attend her new one-woman show, “Everything Bad & Beautiful,” and he promised he would. Sandra told Howard that she performs seven shows a week, with two on Saturdays and none on Mondays, and that she sings and, at one point, walks on the stage in nothing but her bra and panties. When Howard asked if Sandra also reenacts her Budapest experience during her show, she informed him she doesn’t.