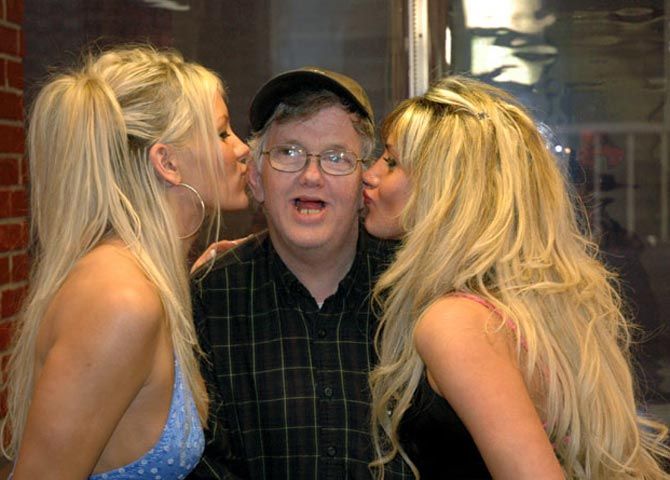 Howard got Gary the Retard back on the line to clarify what his relationship with his supposed girlfriend was. Gary commented that he and the woman have never had sex, although she recently offered to flash him for $5.

Gary added that the woman constantly asks him for money, which Howard pointed out he predicted would be the case once he found out the woman had once been in jail and was paying attention to him. Howard then told Gary that he should ignore the woman when she calls the same way he did when the “retarded flu” tried to get in touch with him.

When Howard wondered if Gary and the woman at least kissed during their relationship, Gary responded that they did when they called in together last month, but that the woman immediately washed out her mouth once they were done.

Since Gary didn’t have a girlfriend, Howard took a call from a woman who really does love him: Wendy the Retard. Wendy began her conversation with Gary by telling him her “face turns all red” when she “takes a dump.”

Wendy then claimed she “wants” Gary, before saying she “changed” her dinner menu yesterday and had salad instead of her usual meal of McDonalds. However, Wendy went on to say that she had two pizzas for lunch, as well as waffles with whipped cream, butter, syrup and cheese for breakfast.