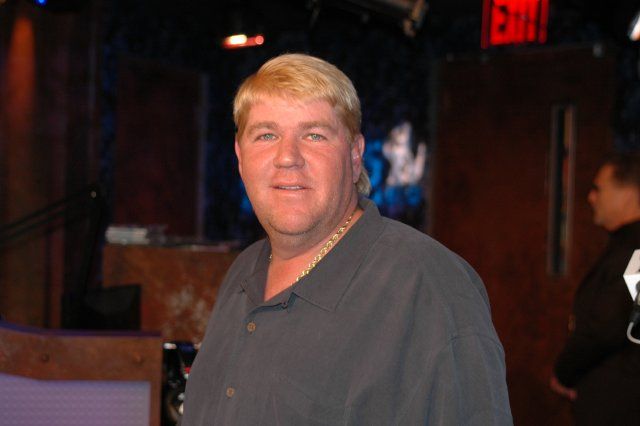 Howard started his interview with his next guest, pro golfer John Daly, by reading a quote from Tiger Woods, who commented that John could be the best golfer in the world if he put more effort into his game. However, John said practicing golf causes him to have “imperfections,” so he doesn’t do it very often. Howard then brought up that the claim John made in his new book, “My Life In and Out of the Rough,” that he has lost close to $60 million gambling, which has been getting attention from critics who have suggested that he never earned enough money to have lost that much. John responded what his naysayers don’t take into account is that the $60 million total – which was accrued mostly on slot machines – included money he won while gambling as well, which he explained meant he didn’t earn all the money he lost strictly through golf and endorsements. John added he still has enough money to take care of his kids for the rest of their lives, so he doesn’t regret having lost as much as he did.

After John acknowledged he’s been married four times and that his current wife is serving time in jail, he lit up a cigarette and began drinking one of the Heineken Lights Artie gave him. Because John was given permission to smoke, Artie asked he could light up as well. John then told Howard he first got married when he was 21, but got divorced a year later. John added he left his second wife after he found out she was still married when he first asked her to marry him and then, after they did get married, he discovered she had a child she never told him about. John reported that not being able to have sex with his wife right now hasn’t been easy on him, but that he’s remained faithful to her ever since she got locked up. John went on to claim he never masturbates and, although Howard questioned whether he was lying, Robin pointed out John had been honest about so many other things that she was willing to give him the benefit of the doubt.