Funnyman takes a crack at Tracy Morgan and Sam Kinison 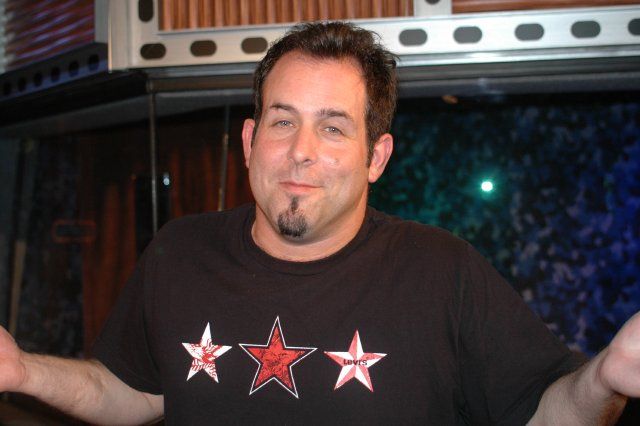 Howard mentioned that the comedian Craig Gass called him last night to say he wanted to come in this morning as Sam Kinison – and then leave. Craig then came into the studio and commented that because Howard always tells him he doesn’t care about his personal life, he figured just doing Sam would be a good idea, but was willing to do whatever he wanted. Craig went on to do his impression of Tracy Morgan and also talked about how nonsensical Tracy can be at times. Robin added that she’s read some stories recently about Tracy getting in trouble for drinking and Craig replied that they were true, adding that not even Dave Chappelle will go to one of Tracy’s parties because of how “crazy” they are.

Craig said he does comedy shows with Sal and Richard and he gets stuck watching Gary the Retard between gigs because no one else will watch him. Sal added that he and Richard have taken Gary golfing while touring and often replace his golf balls with eggs. Artie then recalled he was once at a bar drinking with Dave Attell when he felt “a big retarded hand” on his shoulder, which, of course, belonged to Gary. Artie said he asked Craig why he brought Gary to the bar, which he responded was because he couldn’t leave him alone in his hotel room. As Craig was talking about his sexual exploits on the road, Artie commented he once met one of his conquests and she was “grotesque.” However, Artie did say that, he too, has experienced a time on the road when he was willing to have sex with just about any woman who approached him, so he didn’t fault Craig for his choice.

Howard asked Craig to do some of Sam Kinnison’s routines and, after he did, he pointed out that Craig should consider doing a Broadway show of just Sam’s material. Craig noted that Howard has approached him with the idea before, but that he’s never followed through with the concept. Howard responded, though, that he believes the show would be a success, so he really would like to have him do it. Craig then went into his impersonation of one of Sam’s scenes from the movie, “Back to School,” which got a round of applause from everyone in the studio.

After Artie mentioned how he listened to Howard’s broadcast starting at 6 a.m. the day after Sam died, Ralph called in and commented Sam did only one movie, and Craig still couldn’t get his lines right. Craig replied, in Sam’s voice, by saying that, at 40 years old, Ralph still doesn’t have his life figured out, which he thought was worse than messing up a line or two of Sam’s speech in “Back to School.”