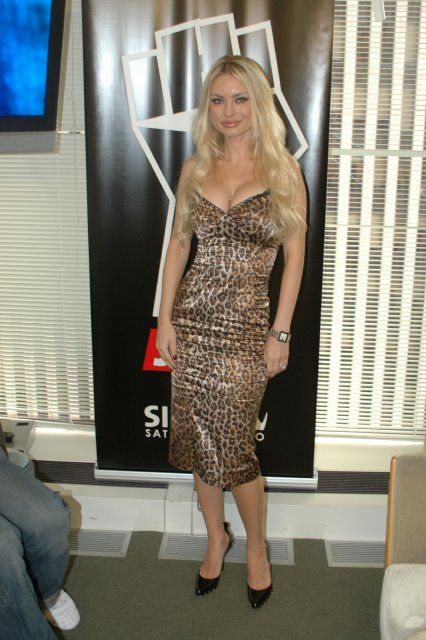 Howard had Izabella St. James, who wrote a book called “Bunny Tales,” about sleeping with Hugh Hefner, into the studio. When Izabella sat down, Howard asked her if she thought what she and other girls did with Hugh at the Playboy Mansion was prostitution, but she said it wasn’t, claiming she would’ve had sex with him for free. Robin then agreed with Izabella’s assessment of the situation, and told Howard he was being “too harsh” on her.

Izabella said she met Hef at a club in Los Angeles when she was in law school, but insisted he didn’t pay for her schooling, even though he once claimed he did. Izabella also explained that he had sex with his girlfriends every Wednesday and Friday, and those two days were chosen because they were the nights they went to clubs every week. Izabella proceeded to say Hugh got jealous whenever his girls spoke to other men, even going as far as having the men escorted out of the clubs for merely talking to the women.