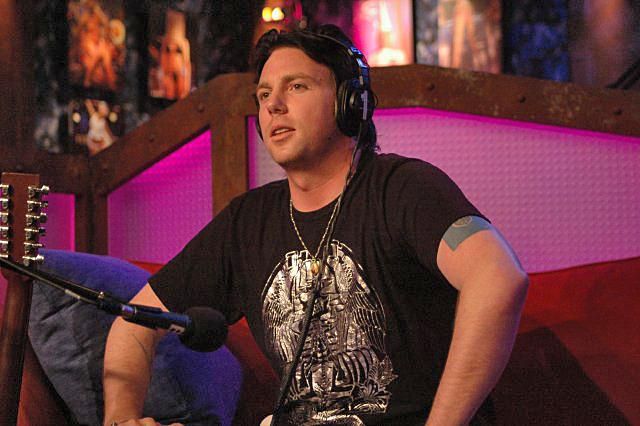 Howard had Cher and Gregg Allman’s son, Elijah Blue, into the studio. Elijah, who is the lead singer and guitarist for the band, Deadsy, said Cher used to date Tom Cruise at the time he was filming “Top Gun.” Elijah added Tom was a different person back then, explaining he wasn’t a scientologist, and even introduced him to the group, T-Rex. After talking about how another of Cher’s husbands, Sonny Bono, was a scientologist, Elijah mentioned he didn’t disparage scientology any more than he did other religions.

Elijah revealed that Cher made him go to rehab to kick a heroin addiction, despite the fact that the intervention she held for him wasn’t that effective seeing as he thought most of the people there were on drugs themselves. Elijah then reported he didn’t catch any flack for calling Bijou Phillips “three o’clock slop” during his last appearance on the show, but admitted Heather Graham was mad at him when he questioned her intelligence in the interview. Elijah also said he had sex with Paris Hilton as well, but claimed their relationship took place before she got famous.

Elijah noted he still didn’t have much of a relationship with his father, but added he wasn’t angry with him anymore and hoped to get to know him better. Elijah then got back to the topics of heroin, which he said was like “being in his own little room.” Artie, who admitted to having tried heroin as well, also pointed out he felt the drug didn’t make him forget his problems, but allowed him not to care about them as much. Elijah proceeded to call Paris “a sweet girl” but also claimed he wasn’t that interested in her, even after they slept together way back before she became the star she is today. Elijah also acknowledged he is very good friends with Nicole Richie, and added he believed her explanation about why she was so skinny.

After reporting his half-sister, Chastity, has been able to keep off the weight she lost on “Celebrity Fit Club,” he claimed Cher wasn’t upset with the fact he and Howard were friends. In fact, Elijah said he knew Cher liked “Private Parts,” even though he didn’t think she actually went to a theater to see it. Elijah then played a song, “Carrying Over,” from Deadsy’s new album, “Phantasmagore,” which he described as “Bowie-esque.” When Elijah was done playing, he told Howard that neither Cher nor Gregg ever gave him much money when he was growing up, but also said he didn’t live an extravagant life, so he didn’t mind it. Elijah then referred to Bob Dylan as “God,” and assured Howard the remarks he made about today’s music era were said to encourage younger artists to take more risks in their careers.

Elijah went on to note he became friends with Val Kilmer when he was dating Cher, and acknowledged Val once gave him a human scalp as a gift. Although Howard questioned if he’d be able to own such an item, Artie speculated that, in order for him to be able to enjoy it, he would’ve convinced himself the person who’s head it came from had been “an asshole.”